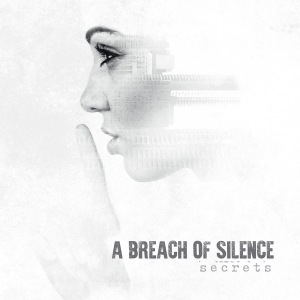 A Breach of Silence are an Australian metal band and this is their third album.

I’ve been watching A Breach of Silence with a keen interest over the years and have enjoyed seeing them grow as a band.

Their 2013 debut album Dead or Alive was an enjoyable slab of Killswitch Engage-inspired metalcore. This was followed up a year later by The Darkest Road, which continued the theme set out in Dead or Alive, but developed it more.

Where The Darkest Road was bigger and bolder than its predecessor, Secrets is further developed again. The band are still heavy and full of tasty riffs, but this is tempered against an increased melodic presence. They’ve developed a more diverse portfolio overall on Secrets and have also become far more melodic and far less shouty in the vocal department.

These songs are largely stirring and uplifting examples of melodic metalcore. The band continue their progression along the more commercial side of the metal spectrum, but they haven’t completely lost their heavier aspect yet.

Secrets sees A Breach of Silence step further away from a more standard approach to metalcore, out from the shadow of Killswitch Engage and into the light of their own personality. Imagine more of a cross between Killswitch Engage, Avenged Sevenfold and Wovenwar, if you will. It’s great to see the band take those extra steps needed, and Secrets is a far more enjoyable album because of it.

As their sound continues to mature I’m sure that their fourth album will be even better again. For now though the secret is out – A Breach of Silence have returned, and they’re better than ever.

2 thoughts on “A Breach of Silence – Secrets (Review)”