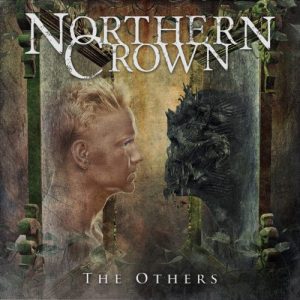 This is the debut album from US doom metal band Northern Crown.

I thoroughly enjoyed Northern Crown’s first EP In the Hands of the Betrayer, so when their debut album popped up, I was keen to give it a listen.

The band play traditional doom metal with a good smattering of heavy metal throughout, although it should also be noted that they have started to branch out from this, here and there, marking an increased confidence and comfortableness with how they approach their material.

The singer has a very charismatic voice that has a good balance of power, emotion, theatrics and range. He puts in a very worthy performance and is perfectly suited as the band’s focal point.

Leads and solos are plentiful across these songs, with the guitars sounding warm and inviting. The overall production of the album lends each instrument the ability to be noticed though, with even the bass guitar having a firm presence in the music.

I’d say that the non-traditional doom aspects of their sound are extremely impressive, actually. It’s good to see a band developing their sound, especially when the developments are housed within their existing style neatly and without issue. It bodes well that they have chosen to include these additional aspects of their sound in their material, and I can’t wait to see where the band go in the future.

With catchy songs, memorable choruses and plenty of melodic hooks, this is an album that ingratiates itself with you early on. Importantly though, there’s enough subtlety and depth to the music that once you get past its obvious charms there’s more than enough reason to keep returning to it.

Favourite Track: No One Came to Mourn Me. Heavily orchestral and atmospheric, with an edge of modern electronica. A fantastic song.

One thought on “Northern Crown – The Others (Review)”