This is a split between two French Death Metal bands, Crusher and Mercyless.

Both veterans of the French scene, Crusher open up proceedings with four songs, 14 minutes of high-energy Death Metal.

The songs are unashamedly Old-School, with a suitable sound to go along with it. Simple and effective, the riffs and drums pound out unfashionable rhythms while the singer shouts himself hoarse.

Featuring Death Metal that’s concerned with basic structuring and covering the needs of the song first and foremost, it seems that the split is appropriately titled as this really is like stepping back in time about 20 years. This is, of course, not a criticism.

These songs are all about the riffs, and some of the band’s grooves are almost Hardcore in nature, recalling Old-School German band Ryker’s in some respects.

It’s hard not to like music this atavistic and Crusher’s songs are both enjoyable and pleasing.

The second half of the split is Mercyless; another four songs, (one of them a live track), 16 minutes of solid Death Metal carnage.

Mercyless’ music also has an Old-School slant, but this is mixed in with more of the timeless Traditional Death Metal style.

These songs are more layered than Crusher’s stripped back approach. Faster and fuller than their fellow countrymen, Mercyless also have an air of the occult about them that seeps into parts of the songs like a malignant evil.

Mercyless have a collection of stonking riffs here, although they’re more wrapped up in mood than Crusher. There’s also lots of solos, which I heartily approve of.

It’s really interesting comparing these two bands, as both are very strong on their own merits and share similarities despite their differences. Which I prefer depends on my mood. Crusher’s 90s simplistic riff-heavy approach is catchy, energetic and nostalgic, whereas Mercyless have a more well-rounded and holistic approach that I prefer at other times.

Ultimately though, this is confident music played by people who know what they’re doing and how to do it well; this is a quality release from two very good Death Metal bands, and I urge you to check it out.

This is the début album from Germany’s Cycle Beating. They play a combination of Thrash/Groove Metal.

This is music with plenty of colour. The riffs are lively and energetic, giving the band an instant appeal.

The rhythm guitars lay a firm foundation for the band and although some of the rhythms are very much of the style, these are still enjoyable and the band are not short of good riffs. For me though it’s the leads that shine brightest as they lick and shred with style and verve.

The band employ catchy and interesting melodies with a distinct European flavour. This is not a band who play the overly-abused US-style of Groove/Metalcore, rather this is a real Metal band with proper Thrash roots and a modern slant to the music.

A good amount of variety and thought has clearly gone into this. They try, (and succeed), to add quite a few interesting and different things to the songs in order to stop them becoming repetitive or one dimensional. It works a treat and this is a very strong collection of Metal anthems.

Vocally we get blunt, ugly noises that are halfway between a shout and a growl. The singer reminds me more of a Hardcore vocalist in some ways, specifically fellow Germans Rykers. It’s a further way that they differentiate themselves from the average Metal band of this ilk.

Cycle Beating is a surprisingly good album. I know this sounds cynical, but usually when I see a band with the words Groove Metal in their description I can’t help but feel it’s going to sound quite generic. I’m very pleased to be proven wrong though and Cycle Beating have certainly done that. This is rip-roaring Metal that has enough style and individuality to earn itself a place in any Metal fan’s collection.

If you’re interested in Thrash Metal that has a modern slant but can’t stand the US/Metalcore/Commercial style of a lot of such groups then get your hands on The Age of Depression and get ready to rock out. 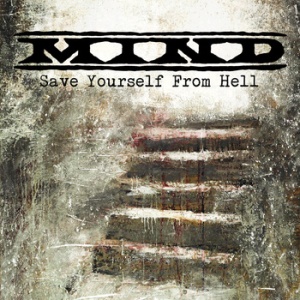 Mind are a Crust/Hardcore/Metal band from Germany and this is their third album.

This is primitive Crust violence, played with passion and honesty.

The songs rattle and bash their way from the speakers while the singer tries to compete with the local attack dogs to see who is the most rabid.

Songs like Lost carry a real feeling of threat but also, paradoxically, of camaraderie. Best to make sure you’re on the right side, eh?

They have an Old-School sound that could probably have done with a little more beef in some of the departments, but having said that it still fits the music well and hones the authentic feeling of Hardcore being played by lifers.

The feeling in general is Old-School, reminding of Hardcore bands from the 90’s such as Merauder and especially fellow German’s Ryker’s, as well as all of the standard Crust reference points. They also cover Napalm Death, which can never be a bad thing.

This is a 25 minute trip to the wrong side of the tracks. Will you survive the journey? With this as your soundtrack you might.