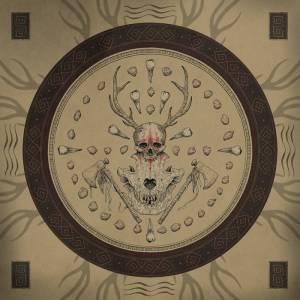 This is the debut album from black metal solo act Blackbraid.

The music on Blackbraid I is a form of black metal that takes from the classic and atmospheric styles to create something all of its own. Native American folk influences can also be heard, and these are well-integrated into the music’s blackened framework. The artist behind the band plays all of the instruments, (except for the drums, which are played by a session member), including the Native American instruments.

As an album focused primarily on nature and heritage, Blackbraid I spends a great deal of time alternating between anger and despair, (although not exclusively). This is achieved by a very charismatic and rewarding form of black metal. It’s an exemplar of how to take the Scandinavian second wave template and personalise it, making it something fresh and exciting by virtue of strong personality and songwriting.

There are four songs and two interludes on Blackbraid I. Unlike the majority of albums though, the interludes here actually have value. As for the songs…these are quite remarkable.

The songs foster a deep atmosphere and immerse the listener in moody soundscapes. Within this there are also some arresting riffs and captivating melodies. The compositions capture atmospheric feeling and raw emotive potency well, resulting in songs that hold the listener’s attention throughout the album’s 36 minutes. Through an engaging combination of instant appeal impact and atmospheric depth, Blackbraid I is both accomplished and compelling.

The aggressive songs are grim, yet emotive. They’re organic and vibrant, but don’t lack in presence or power. A range of paces and moods are explored, with both skill and talent. The songs are well-written and very satisfying, delivering black metal where every aspect of it has clearly been considered carefully.

The artist behind Blackbraid has greatly impressed with this very enjoyable album. If you’re a fan of black metal then I strongly urge you to check this out.

One thought on “Blackbraid – Blackbraid I (Review)”