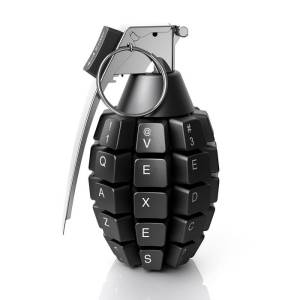 Vexes are a US alternative/post-metal band and this is their second album.

2018’s Ancient Geometry was a highlight of that year that I still regularly return to. Providing a slow-burning album that was full of emotive presence and luscious songcraft, it grew on me more and more over time. As such, I’m extremely pleased that Vexes have returned, but I have to say I wasn’t expecting them to bring a double album with them. Yes, Imagine What We Could Destroy /// If Only Given Time contains 24 songs with a total duration of 112 minutes; there’s a lot here to absorb.

Like Ancient Geometries Imagine What We Could Destroy /// If Only Given Time is a slow-burner, rewarding those who get to know it properly over time. It’s far too long to listen to in one sitting, if course. However, I’ve made the assumption, (rightly or wrongly?), that each ‘side’ of the album ends with its title track, meaning that Imagine What We Could Destroy is 52 minutes long and If Only Given Time is 59 minutes, making the entire thing much more manageable. However you choose to listen to it though, it’s very respectable piece of work.

The songs are well-crafted and work well both individually and flowing into each other holistically. Vexes have clearly put a lot of thought and passion into this record, and the results speak for themselves. The music’s blend of emotive atmosphere and melodic hooks is hard to ignore. I like the dark heaviness that these songs have. This is weighted down further by the potent emotive presence of the songs; they drip with emotion and dark melodic appeal.

The band’s take on alternative metal is enticing and very moreish. Taking the strengths of Ancient Geometries and consolidating them into their own idiosyncratic version of metal music, Vexes have brewed up a treat here. Mixing elements of the modern, alternative, and post- strains of metal, as well as aspects of the ambient, post-hardcore, and shoegaze styles, this is a collection of songs that has more than enough power and personality to satisfy.

Imagine What We Could Destroy /// If Only Given Time is lengthy, but definitely worth your time. If you’re a fan of dark and emotive music, then this is a very highly recommended listen.