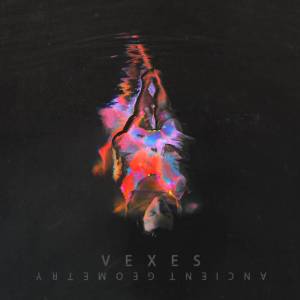 Vexes are a US modern/post-metal band and this is their debut album.

Although Deftones are the obvious starting point for comparative purposes, elements of The Unguided, Poison the Well, Glassjaw, and Cave In can also be heard in the band’s sound, as well as some more atypical moments in the style of, perhaps, Norma Jean, Between the Buried and Me, and Isis. Feelings of the late 90s/early 00s are strong with this band, and from my point of view that’s no bad thing at all.

Mixing groovy 90s/00s-influenced modern metal, (an oxymoron?), with expansive post-metal, Ancient Geometry is a striking and arresting album straight from the start, and more than backs up this initial apparent promise by following up on its more obvious assets with a depth and weight of performance and songwriting that surprised me.

Yes, this is a band that knows how to write a decent tune. Full of catchiness and hooks, this album is actually better than a lot of ostensibly similar ones due to the fact that it doesn’t always play it safe and go down the more obvious paths open to it. I find that a lot of bands that make the mistake of emphasising catchy hooks over everything else can easily become tiring and stale-sounding after a few spins, as the instant appeal begins to wear off. The good thing about Vexes is that they strike the right balance between instant appeal and longer term satisfaction and depth. Basically, there’s real substance and emotive power to this music, and this means that it’ll keep you returning to it over time rather than you simply tiring of it and discarding it prematurely. As I say, Vexes know how to write a good tune.

They also have an ear for a good riff, and this album is full of them. Again; these strike the right balance between crowd pleasing, mosh-friendly heaviness, and atmospheric, emotive mood-setting. The band do both very well, and when they merge these two styles into a seamless whole, well, they’re nearly untouchable.

The singer’s impressive voice and style takes just the right amount from his obvious influences, balancing them, (a common theme by now), against his more personal and individual deliveries. The upshot is, again, like the music as a whole, he manages to be both expressively emotive and darkly harsh, depending on the needs of the song.

Backed up by a rich professional production, this is an album that’s going places.

Melodic, emotive, atmospheric, and devastatingly effective, anyone into modern, expressive metal should be all over this.