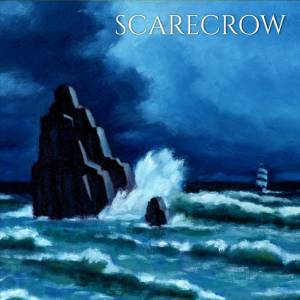 This is the second album from Russian doom rockers Scarecrow.

Scarecrow II is a 44-minute time travelling psychedelic journey into the past, with the band as very capable guides. If you think of a 70s-style rock band, with some beefy guitars, the occasional symphonic flourish, and a streak of doom, then you’ll have a rough idea of what to expect. The promo blurb also mentions acts such as Witchcraft and Graveyard, which are both relevant references.

The songs are well-written, well-realised, and enjoyable. This is an authentic and honest tribute to the greats from the past, while still having more than enough personality and character of its own to justify its existence. Scarecrow are a talented bunch, and they strike the right balance between retro/hero-worship and finding their own voice.

The music has a darkness to it that speaks of its doomier influences, but also has a certain lighter energy that’s infectious. On the one hand it is as if the band wanted to write a record that you could have a good time to, but on the other they also wanted to create something darker and more adventurous. Eventually, they just decided to do both at the same time, and this record is the result. For me, Magic Flower exemplifies this; meaty doom and a dark mood collides with feel good riffs and playful blues harmonica. It shouldn’t work, but it does. Yes, the various elements of the different genres that have been thrown into Scarecrow II gel really well, and the band have the skill and vision to pull off such an ambitious collection of influences.

Scarecrow II is a product of the past, but is more than worth paying attention to in 2021. Make sure you give this the time it deserves.