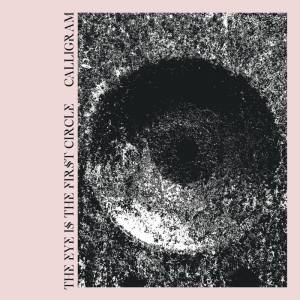 Calligram are a UK-based international blackened metal band and this is their latest album.

Calligram adopt a modern approach to black metal on The Eye Is the First Circle, mixing it with elements of hardcore to produce a set of dark songs that pierce the listener deeply and won’t let go.

The band’s scathing assault is tight and focused, combing visceral aggression with grim atmosphere. This results in songs that sound ominous and sinister, yet are powered by enough raging energy to propel them forward with great gusto.

While the slower and moodier parts of the songs reverberate with a malignant menace that seems palpable, a feeling of restrained chaos permeates the faster sections. It’s as if the energy the band channel through these is almost too much for them and it strains at the boundaries of musical reality. It never actually becomes too much for them to handle through, and instead helps imbue the music’s raw aggression with a dangerous edge. Put together, Calligram’s use of fast- and slow-paced material is exemplary, once again prompting me to mention the mix of aggression and atmosphere that they do so well.

The Eye Is the First Circle is an impressive and enjoyable album. The promise displayed on the band’s earlier releases has been more than realised, and Calligram should be proud of the material that they have produced here. Very highly recommended.

2 thoughts on “Calligram – The Eye Is the First Circle (Review)”