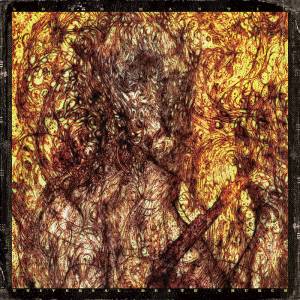 Lord Mantis are from the US and play Blackened Sludge Metal. This is their fourth album.

2014’s Death Mask was a tortured nightmare of evil sludge, pretty much as foul as the style gets. Five years later the band have returned, infecting the world with 44 minutes of new material that’s as virulent and as nasty as ever.

This is punishing music that fuses blackened sludge metal with elements of punk, noise, and industrial, to create music that might want to kill you, but does so in a really memorable and enjoyable way. Yes, one of the keys to the success of Lord Mantis’ brand of horror is that balance between inaccessible foulness, and accessible hooks and catchiness. These songs may be merciless and twisted, but they’re also recognisably songs, with catchy riffs and vocal patterns, (to give just a couple of examples). Very few other bands can tread that fine line like this one can.

On this new album there’s also a thrash influence in some of the riffs, which merges with some of the proto-industrial elements quite nicely. These songs are menacing and threatening, and quite feral in places. There is nuance and atmosphere here too, however, albeit of a quite grim variety. Overall the band sound as filthy and as violent as they were previously, although the production is a bit cleaner than we’re used to. This is all relative, of course, but suits the music anyway, so ultimately is of no real consequence.

Lord Mantis have returned with a very strong album in Universal Death Church. The songs get better with every spin, and it’s great to hear their caustic brand of sludge once more. Lord Mantis have a tendency to make other ostensibly similar bands look weak and pointless, and with their latest release this is still the case.