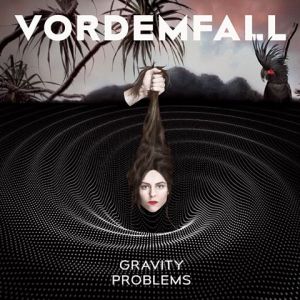 Vordemfall are a German noise rock band and this is their debut album.

Here we have 32 minutes of experimental rock, mixing elements of noise, progressive, and post-rock together into an expressive and quite thrilling collection of tracks.

First, allow me a brief digression. I love Babes in Toyland. No other band has ever really come close to replicating their particular and very individual brand of atypical rock, crazed intensity, and emotional reach. 1992’s Spun is one of my all-time favourite records.

I mention this here simply because Vordemfall seem to be the spiritual successors of Babes in Toyland in some ways. Don’t misunderstand – Vordemfall aren’t ripping off Babes in Toyland; as much of a curiosity as that would be, it wouldn’t make for a very strong record, simply as nobody could be as good as that band at that sort of thing. However, there are enough similarities here to indulge the comparison, so it’s worth noting. Also worth noting though is that Vordemfall do have their own personality on Gravity Problems, and this shines through. Whether they’re directly influenced by Babes in Toyland or not, it’s something they should be pleased by.

Listening to albums like Spun, and now Gravity Problems, makes me feel excited and alive in a very specific way that very few records manage to achieve.

So anyway, Vordemfall play the kind of experimental, unconventional rock that’s reminiscent of Babes in Toyland in places, but very much sparkles with its own light. Involving, quirky, and full of character, this is music that is angular and unusual, while also seething with emotional content and catchy memorability. Built around a core of drums and bass, this is then scaffolded with sounds and other instruments to create impressively idiosyncratic songs with a very distinctive and addictive flavour. And this is without even mentioning the band’s real ace in the hole; their vocalist.

The singer of Vordemfall has range and charisma, and her performance is varied and gripping. She is the focal point for the band, although the music is just as important, and almost as flamboyant. She has real vocal talent, and across these songs she puts her voice to great use.

If you’re looking for an album to shock you out of the mundane and pull you into a world where the unexpected happens all the time, then this is for you. Very highly recommended.