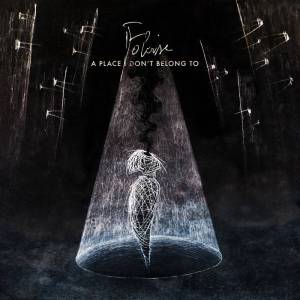 This is the third album from Falaise, a post-black metal band from Italy.

I’ve enjoyed watching Falaise develop over the years. 2015’s As Time Goes By introduced the world to the band’s melancholic, depressive take on atmospheric post-black metal, and then 2017’s My Endless Immensity consolidated the band’s strengths, further expanding their post-black metal sound.

Now it’s 2019, and we have A Place I Don’t Belong To, the shortest of the band’s albums so far at 46 minutes in length. Falaise’s new-found focus and brevity has not lowered the quality levels of the music though. In fact, quite the opposite seems to have occurred.

The music is rich and textured, taking the strengths from the band’s previous work and further fleshing these out, but without diluting what made Falaise an enjoyable proposition in the first place. The band’s depressive black metal roots can still be heard, but once again Falaise have expanded the post-black metal aspect of their sound. Ambient introspection and post-rock intricacies conspire to produce atmospheric worldbuilding that still exists in black metal’s dark world, but is not fully beholden to it.

Highly emotive and dripping with feeling, Falaise’s music is gripping and engaging from the very first evocative piano keys that begin the album in style. The entire array of songs is a strong one, and benefits from not only a good flow as a holistic collection of music, but also individually, as each track has something worthwhile to offer the listener as they move through the album’s playing time.

Falaise continue on their impressive journey deeper and deeper into atmospheric and emotive post-atmoblackgaze, (it’s a thing), and A Place I Don’t Belong To finds them producing their best work to date.