Apostle of Solitude are one of the world’s premier doom metal bands. Don’t just take my word for it, of course; check out their latest stunner of an album From Gold to Ash. This is a well-rounded and multifaceted album, one which just seems to get better and better the more you get to know it. I’m listening to it again as I type these words, and it really is the band’s best work to date.

Introduce us to Apostle of Solitude – what are your influences?

We have some of the usual suspects that influence us of course from Sabbath to the Beatles but we also have some less expected influential artists like The Eagles & Pink Floyd. There’s far too many underground bands to list that were and still are influential but the above mentioned are the well known artists that standout.

Yob – Clearing the Path to Ascend

Nick Cave – Push the Sky Away

George Jones – I Am What I Am

Tell us about your latest release

As with the previous AoS records we partnered up with engineer Mike Bridavsky and recorded at Russian Recording Studio in Bloomington,In. It was tracked and mixed over 6 days in October of 2017. We’re all pleased with the outcome and really looking forward to playing the new material live for everyone.

How would you compare From Gold to Ash to Of Woe and Wounds?

This record is a bit shorter in length than OWAW and on a whole the music is more downtempo than the previous record. In the past we’ve had several songs that were a little more mid tempo but with the new record all but the opening instrumental song are fairly slow. Most importantly though I think we’ve progressed in our playing and song writing which is always a goal from one record to the next.

What did you learn from the creation of Of Woe and Wounds that you brought forward to how you approached From Gold to Ash?

I think the biggest thing we learned or took away from the last record was that this time around we we’re going to focus on quality of writing and overall satisfaction with the material over quantity. 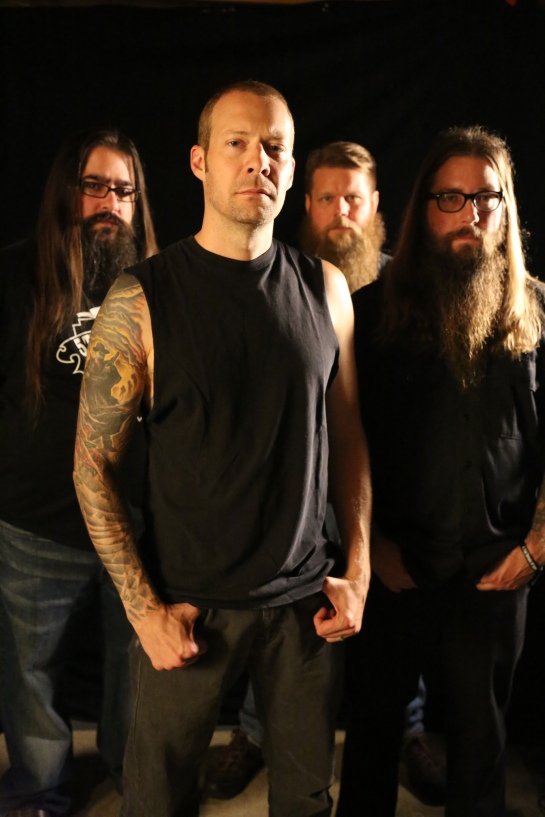 What lessons has the creation of From Gold to Ash taught you?

That we’re capable of writing better material each time if we stay focused and passionate about what we do.

What are your goals for From Gold to Ash?

The main goal or hope is that more people dig what we’re doing and connect with the music. Maybe through that we’ll have the privilege to play for more people in new places around the world.

What have reactions been like to the album so far?

So far the vast majority of feedback and reviews have been really positive. There have been a couple reviewers who weren’t into it and you hate to hear that but I think overall people who were already into AoS will be pleased and I’m confident From Gold To Ash will win over some new people too.

Do you have any upcoming live shows you want to talk about?

Yeah we have a record release show here in our hometown of Indianapolis on March 23 and we have a one off show up in Wisconsin just after that. We’re making plans currently to do a 10 day summer tour of the U.S. and then another 10 day run in Europe in the fall of this year.

What would be your dream tour?

Well it would certainly consist of good food, a decent place to sleep, good crowds that are into what we’re doing and of course good friends. As for ideal bands to tour with? If you’ve got a couple hours to give maybe I could scratch the surface. 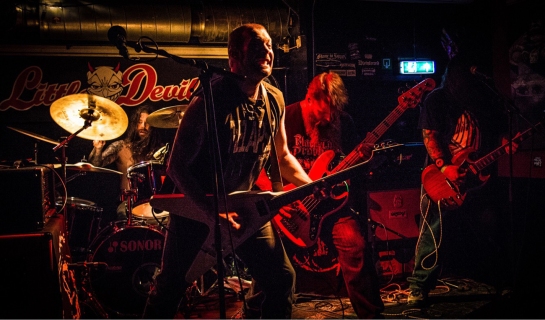 What’s the most memorable show you’ve played so far?

Probably Hamburg, Germany in 2016. Small but packed venue with a great crowd that were crazy but welcoming and made you wish you could do this every day of your life.

It’s alive and well. Doom and stoner are what’s happening the most at the moment but most genres are well represented here. It’s a good scene where most people know each other. Steve and Mike both play in other bands of other genres. I recommend Devil to Pay, Astral Mass, and Shroud of Vulture.

How do you feel you fit into the wider, global metal scene?

Because metal is so diverse I feel like AoS fits well in the wider sense. We have elements of doom and all of its sub genres but we have what I think of as traditional heavy metal as well. I suppose though that ultimately the audience decides where and how you fit in.

What are the next steps for Apostle of Solitude?

Playing as much live as our individual busy lives allow. After we’ve done the US and Europe tours we’ll likely begin focusing on new material.

Thank you to anyone who has supported AoS by coming to a show, buying a piece of merch or just shared our music with someone else. It is genuinely appreciated.