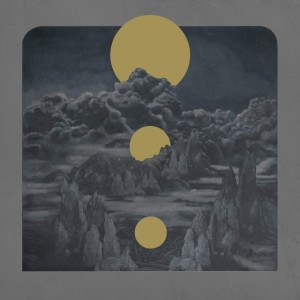 Yob are from the US and this is their seventh album. They play Doom Metal.

Yob create riff-laden sonic soundscapes that are as massive as they are compelling. Heavy riffs and emotive melodics combine to create an enduring collection of long songs that work wonders whether they are breathtakingly heavy or powerfully soft.

High pitched vocals call out from behind the veil while deeper shouts punctuate proceedings with their harshness. The singer has a great voice with great range and never ceases to impress with his visceral performance.

A perfectly judged Sludgy sound encapsulates everything and the songs breathe darkness and light with every second. The band have truly mastered both, whether it’s a heavier, darker section or a lighter, more restrained part.

The sprawling, monolithic songs that make up Clearing The Path To Ascend are as ambitious as they are epic in scope. This is crushing Doom Metal that takes the listener on a journey and teaches them the power of the riff.

This album contains as much gigantic Doom Metal as Yob fans will have come to expect, but as well as this the churning Sludge elements and Progressive Rock influences are clearly seen and incorporated fully into their sound to create some exceptional tracks.

Yob have once again shown why they are at the forefront of Doom Metal. This is a highly accomplished album and one that people should be listening to for many a year to come. I know I will.

17 thoughts on “Yob – Clearing The Path To Ascend (Review)”