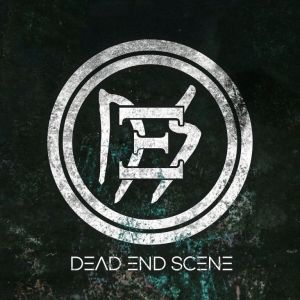 Dead End Scene are a Finnish metal band and this is their latest EP.

Dead End Scene play modern metal. Now, before you start rolling your eyes in boredom, I’d recommend giving Dead End Scene a chance, as they’re more individual and agreeable than you might expect given the genre tag.

Theirs is a surprisingly varied and well-rounded sound. Modern, groove, and Gothic metal are all touched on, as is metalcore, electronica, and some added technical work, with even a dash of rock and thrash. All wrapped up in a sumptuous professional production, it makes for an impressive package that the band make the most of.

Okay, so they’ve got some decent diversity in their modern metal style, and the recording is pretty good, but what of the quality of the songs themselves? Once again; surprisingly good. Very good, in fact.

The music is driven by a sense of strong melody and songcraft. Despite the modern production and delivery, there’s an authenticity and honesty in the band’s delivery. They may be playing in 2017 with a contemporary sound and style, but I can’t help be reminded of various artists from the 90s and 00s – everyone from HIM to Audrey Horne to Metallica to Avenged Sevenfold to Paradise Lost, and many more. Of course, you can also hear more modern influences too, (Device, Periphery), but I guess I’m showing my age here.

The songs are catchy and memorable, avoiding many of the pitfalls that modern metal can find itself dragged down into, mainly though quality songwriting and a firm sense of self and melody. I like the extra depth that the keyboards and electronic aspects add when they appear, and, despite my love of everything heavy, I also like that the heaviness here is a means to an end rather than an end unto itself; everything here is about the song and the anthemic choruses. Speaking of; I also like that the majority of the vocals are cleanly delivered, and the singer has a strong, well-performed voice too.

I’ll be honest, this is not what I was expecting. Very impressive, very enjoyable.