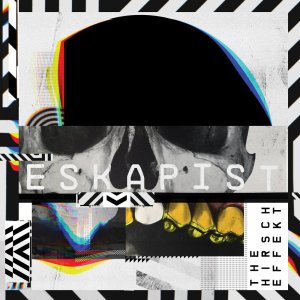 The Hirsch Effekt are a German progressive metal band and this is their fourth album.

Here we have 61 minutes of progressive metal/hardcore, the likes of which you rarely encounter among the faceless hordes of most nearly-interchangeable bands.

The complex songs presented to us on this ambitious release are layered with aggression and intensity, but with also way more than just these two obvious qualities. There’s a lot going on with these tracks, and the band seem unafraid to chuck into the mix almost any influence they come across; and rightfully so, as this is one of the more creative and imaginative bands working in the modern extreme music scene today.

Modern progressive/technical metal can paradoxically sometimes sound quite tame and same-ish, which I largely put down to an over-reliance on djent influences a lot of the time. The Hirsch Effekt are refreshingly different, as although they are largely coming from a modern progressive/technical perspective, and do have some dashes of djent here and there, the band also incorporate more diverse elements into their sound, including post-metal/hardcore, art-rock, avant-garde, and wider hardcore influences.

I can hear echoes of artists as diverse as Mike Patton, Association Area, Botch, Opeth, Sting, Carnival in Coal, Between the Buried and Me, The Dillinger Escape Plan, and The Murder of Rosa Luxemburg in their sound, in addition to more obvious ones such as Periphery and Sikth. Yes, this is a band that have a lot to say, and thankfully have the talent to say it clearly and loudly.

With such a diverse array of musical avenues to explore across this impressive and lengthy album, it’s impossible to take a comprehensive view of the band’s true worth on just one listen. There are so many different styles, moods, feelings, and emotions explored that it takes multiple spins to even get a handle on what The Hirsch Effekt have actually achieved on Eskapist. Yes, this really is a standout album, and the band’s true musical value is only revealed when you truly get to know the material.

It’s testament to the band’s songwriting skills that every song across this lengthy album has its own identity and personality. I also like that even though each track is easily able to differentiate itself from its fellows, the band have still managed to construct an album that works holistically with effortless dynamics and good flow. Eskapist takes the listener on a rich and textured journey, and what a journey it is.

High praise indeed, I’m aware, but I’m a huge fan of this kind of creative and non-standard musical endeavour. Any band that does something like this, and does it well, should always be supported – The Hirsch Effekt do this very well indeed.

For any fan of challenging and interesting music, this is a mandatory listen.