Jagged Vision’s second album Death Is This World contains 10 tracks of tightly compressed rage and aggression. This is the type of violent metallic hardcore that can strip paint at 100 paces. Heady stuff. It’s also, however, not without its atypical moments; added stoner rock and sludge groove? Yes please. It’s all subsumed into an essentially heavy and nasty piece of work; Jagged Vision have created something quite special on their second album.

So, without further preamble, let’s find out some more…

Introduce us to Jagged Vision

We are five Norwegian dudes who love metal music.

We are pretty diverse, we’re not concerned with genres and listen to everything from electronica to hip-hop. Our influences are hard to pinpoint since we’re 5 songwriters in the band, but we get influenced by anything heavy.

The new album from Timeworn that is dropping in june! 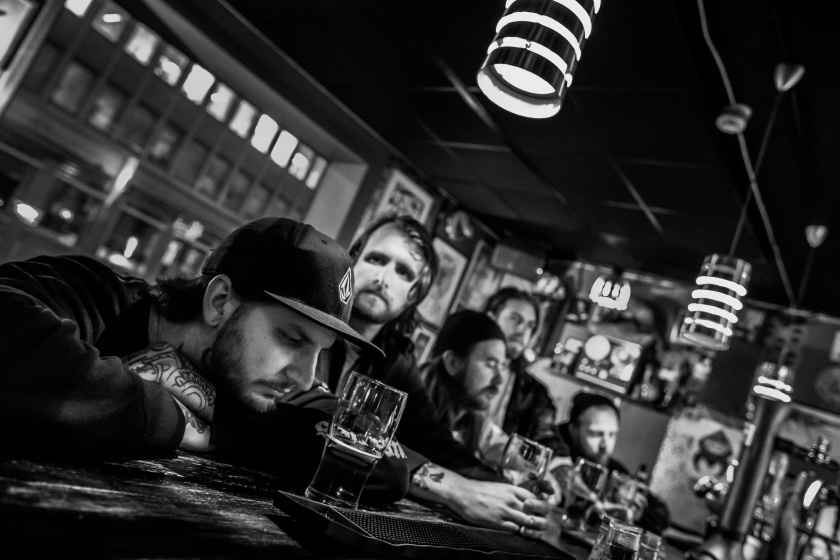 Tell us about Death Is This World

Death Is This World is our second full length album, and revolves around all the parts of yourself that you have to kill in order to live in this world. We recorded the album together with our buddy Phillip Cope with one mission; It had to be fast and heavy!

Violent hardcore, heavy sludge and stoner jams – what’s all that about then?

We can’t just chose one! With 5 songwriters that has their own style it all sort of gets thrown into a big cauldron of riffs.

For the most part we write separately and then come together to finish the songs, many of them were finished and demoed in Ole’s Basement. 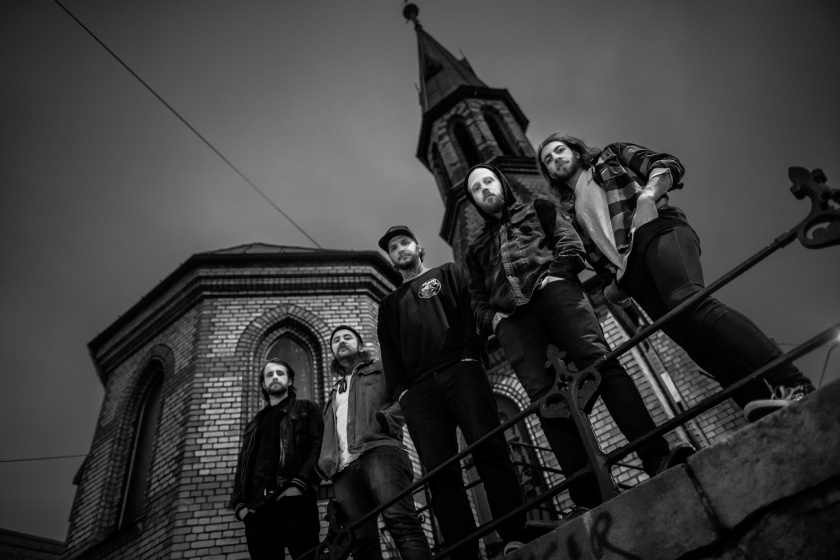 Tough question! For me (Ole), it is Serpents which was written by Harald, the heavy riff in the middle there is crazy!

How have your lineup changes impacted on Death Is This World?

It has definitely upped our game, we are more inspired and hungry than ever. We all dig playing together and are pretty serious about what we do, so I would say that the line-up changes have made this band what it was meant to be.

The artwork is done by the super talented Andrew Sloan. We sent him the songs, and a rough idea and he just went above and beyond with it. 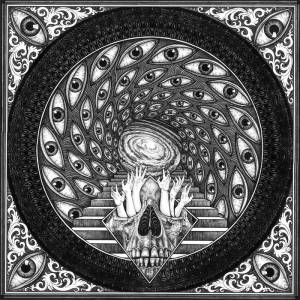 What are your ambitions for the album?

We have no ambitions other than to play as many gigs as possible, and get our aggression out into the world.

How do you think you fit into the heavy music scene in 2017?

We don’t. At least not the norwegian scene, and maybe that is a good thing.

Essential, for us that is what playing in a band is all about.

What are the next steps for Jagged Vision?

We’re writing songs, maybe there will be an EP followed by an album, who knows? Also gigs!

Thanks for speaking with us, stay heavy!