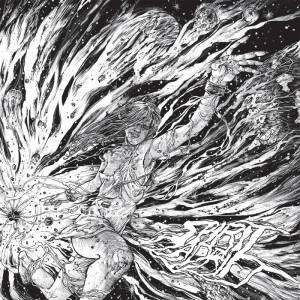 This is the debut album from Spirit Adrift, a one-man doom metal band from the US.

Chained to Oblivion has got some very tasty riffs on it. Oh yes. It’s a right old riff-fest, actually. The fact that these riffs combine to form songs that hit the mark with a lot of accuracy, is even better.

With a warm, heavy sound, these five tracks impress from the start, and seem to go from strength to strength as the 49 minutes unfurl.

The vocals are a particular highlight; dripping with passion, pain and soul-searching intensity, they put most doom metal vocals to shame by dint of their sheer power. High acclaim, I know, but the singer’s voice really has touched something in me. Some of the vocal melodies and harmonies used on this album are hairs-standing-on-end moments. Mix in the heavy doom metal of the music, and it’s a compelling mixture.

This is a stand-out album in many ways. A large potion of it consists of a traditional doom metal template, but this is added to with a bit of a stoner metal vibe in some of the riffs, and a good helping of psychedelia. One of its most impressive features though is its ability to convey raw, bleeding emotion seemingly effortlessly. In this way it reminds me of The Inside Room by 40 Watt Sun, and the two are comparable for the emotional impact they have.

As far as emotionally-charged doom metal goes, this is one of the very best. An essential listen.