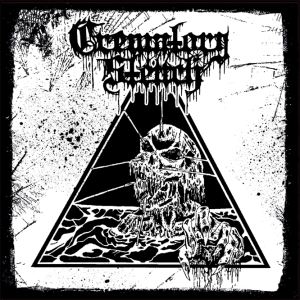 This is the début EP from Crematory Stench, who are a US death metal band.

The songs are honest and authentic hymns to all things death metal, taken from the perspective of the old-school. They rumble and crush their way around, honouring their heroes in bands like Autopsy, Dismember and Morbid Angel.

The band have a good ear for riffs; there are lots of tasty ones on this release. Although the songs do employ blast beats, they’re not slaves to them. Most of the time the band go for a mid-to-faster-paced feel, which is where the tasty riffs come in. Macabre melodies abound, and the band obviously know a thing or two about death metal.

These songs may be short, but they’re well-written and have both presence and lasting impact. As a calling card for a new band this EP does its job nicely.

This is a catchy and enjoyable little slab of grimness. These four songs are very memorable and clearly played by people with a love for the style. If you are fed up of the entire old-school thing then I can’t see this convincing you otherwise, (which is a shame as you’re missing out), but if you don’t mind music with roots older than the last couple of years then Crematory Stench are one of the better old-school death metal bands out there.

I look forward to what they do next.