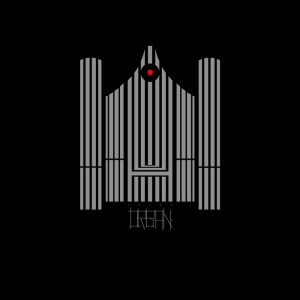 Organ are an Italian Doom band. This is their début album.

Organ play a merging of Doom, Sludge and Psychedelic Metal.

A colossal, crushing sound heralds Tetro’s beginning, and this is a theme which is developed throughout. They’re not without their introspective moments, but the overall emphasis is on heavy atmospheres.

Speaking of atmosphere, Organ have it in buckets. Or rather, waves, as the onslaught of heaviness seems to internally generate its own ecosystem which bleeds out of the speakers like controlled tsunamis of density.

Relentless, repetitive rhythms drive the music forward, while dark vocals seem to lurk just beneath the surface. Harsh screams and cleaner vocals both have a place on this record, although the singer’s voice is used like an additional instrument to merely enhance the power and focus of the main musical maelstrom.

A roiling, churning beast of an album. It’s relatively short for this kind of release at ‘just’ over half an hour in length, but it packs a lot of punches into that time and Tetro is a very worthwhile listen for anyone into layered, atmospheric Doom.

For fans of Om, Electric Wizard, Sleep, Yob, In the Company of Serpents, Ufomammut, Generation of Vipers, etc.