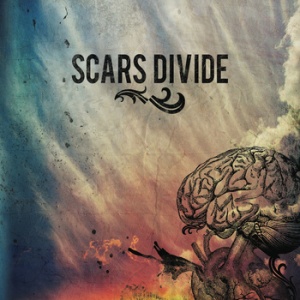 Scars Divide are from Switzerland and play Melodic Metal/Metalcore with Progressive tendencies.

The riffs are melodic and meaty and don’t get reined in for safety purposes when they get a bit randy; rather they’re unleashed like the proverbial dogs of war and let loose to do what they may.

This is a key difference between Scars Divide and some of their more commercial cousins; Scars Divide are less concerned with opening in front of a big stadium, (although I’m sure they’re like to given half the chance), and more interested in creating modern Metal songs that entice, challenge and bludgeon.

It’s clear the band have an intimate relationship with their instruments and know exactly what they’re capable of. This is state-of-the-art Modern Metal that’s a refreshing change from all of the Djent/Lamb of God/At the Gates clones that seem to have been around forever.

The songs are inventive, interesting and above all Metal. Heavy guitars and a pummelling rhythm section keep things flowing nicely as the band get to work doing what they do best.

The vocals are impassioned and emotive without resorting to cleans or gimmicks, reminding of the Darkane singer on occasion.

Call me cynical, jaded, or whatever, but I am surprised at how good this is; I was expecting more Metalcore-by-numbers and I’m very pleased to be wrong. This is a premier league release that should hopefully see the band earning plenty of positive reviews.

Get in on the action while they’re still small, and help support a talented Metal band. This gets my vote.