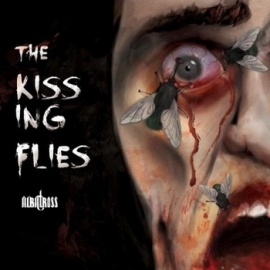 A very interesting split between Indian band Albatross and US group Vestal Claret.

Albatross have a good, clear, organic sound and play Heavy Metal with some quirks of character. There’s a freshness to these tracks that is a welcome change; they lack a sense of tiredness and “heard-it-all-before-ness” that can plague some bands.

The vocalist can certainly sing and he puts his voice to good use, occasionally reaching stratospheric heights. Combined with the odd shriek and more raspy and growly vocals there’s plenty of variety on offer.

The songs are long and theatrical without being pompous or overblown. Four tracks in 26 minutes and very enjoyable they are too. Let’s see what they’re capable of on their next release. 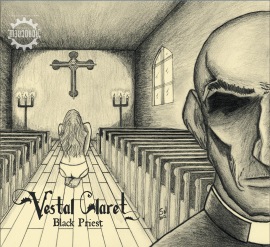 Vestal Claret finish off the split with the 17 minute Black Priest. This song is more of a Traditional Doom Metal track than anything by Albatross, and by crikey it’s as good as anything the likes of Black Sabbath or Candlemass have done. Flawless.

This is a worthwhile split with Albatross contributing some very enjoyable songs, and Vestal Claret stealing the show with their Doom hymn.