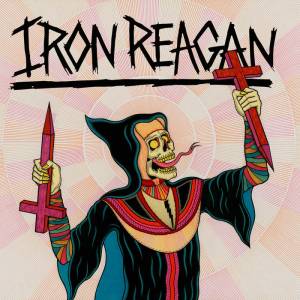 Iron Reagan are a crossover band from the US. This is their third album.

Made up of current and ex-members of bands such as Municipal Waste, Cannabis Corpse, Mammoth Grinder, Darkest Hour and Deathcrown, Crossover Ministry is 18 tracks spread across 29 minutes of riotous metallic hardcore thrash. END_OF_DOCUMENT_TOKEN_TO_BE_REPLACED 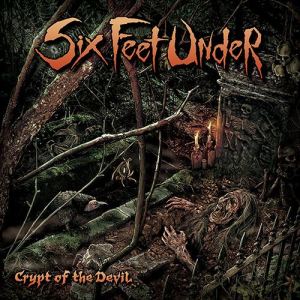 Six Feet Under are a Death Metal band from the US, although it’s highly likely that they need no introduction. This is their eleventh album.

This album is slightly different to previous releases as it’s somewhat of a collaboratively written effort between Six Feet Under main man Chris Barnes and Cannabis Corpse’s bassist/vocalist.

How has this changed things? At first glance not a lot, but on closer inspection there are some subtle alterations to Six Feet Under’s Death ‘n’ Groove style this time around.

Some of the riffs are a little more complicated, (just a little), there’s a little more aggression, a pinch of extra speed and a little more fun. Not fun in the ridiculous, novelty way, but fun in the Autopsy-covered-in-bowels style of macabre fun. You know, graveyard fun.

Also, some of the riffs just have a bit more Metal to them, Death-style almost. Not all, but it’s noticeable in places.

These ten tracks are catchy and laden with enough barbed hooks to stick into anything. The songs continue to batter and bruise their way through the running time with all of the finesse of a wrecking ball, of course. But would we want it any other way? No way.

Ultimately Six Feet Under are the kind of band you either take to or don’t. Of course you can realistically say that about any band, but Six Feet Under certainly do seem to be one of those groups that people either love or hate.

I think that Crypt of the Devil will do very little to convince those who have already decided they don’t like the band. For those of us who are fans though, it’s similar enough to the normal Six Feet Under output to sound reassuringly familiar; however the small but important alterations to their sound due to the collaborative songwriting mean that they come across fresher and hungrier than ever.

After two decades of Death Metal Six Feet Under are still going strong. Crypt of the Devil is yet another solid slab of mid-paced Death Metal that’s meaty enough to satisfy that craving for rotten, putrid flesh that I know you all crave.

Turn the volume up and get ready to bang your head once more. 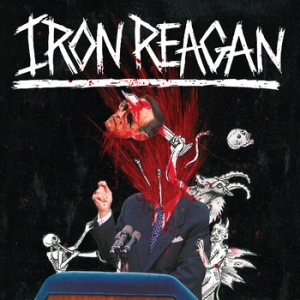 Iron Reagan are from the US and this is their second album. They play Metallic Crossover and feature members of bands such as Municipal Waste, Darkest Hour and Cannabis Corpse.

I have enjoyed Iron Reagan’s previous work so I was expecting good things from this album. It doesn’t disappoint.

Iron Reagan play Hardcore and Thrash mixed in a blender and shat out at escape velocity. It’s highly aggressive and kicks your door down looking for a scrap. There’s no hiding.

The songs are short, heavy and usually exceedingly violent. Iron Reagan have a nice malevolent streak to some of their riffs that keeps things gritty.

The band play tight and fast, and some short, sharp guitar solos are also included in their spiky package.

Vocally the shouts straddle that rarely seen line where you can imagine them being transposed into either an 80’s Thrash band or an 80’s Hardcore band with equal ease. They inhabit both worlds flawlessly and effectively represent both.

A quality album. 24 blasts of anarchy in just under 32 minutes. Play loud.