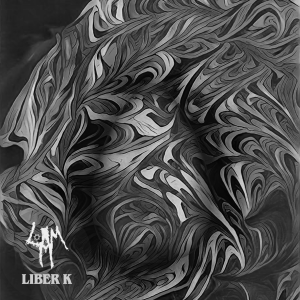 Lam are an international alternative metal band and this is their debut EP.

Featuring the very capable singer of Herod, (ex-The Ocean), Lam are a relatively new band that nonetheless appear to be fully formed already and ready to challenge listener’s everywhere. There’s only 11 minutes of material here, but it makes a good impression.

Lament opens the EP with understated grace and character, offering up a textured and instantly-captivating piece that almost sounds like something Mike Patton might have done in one of his many projects. Even when it gets heavier, it retains a quirky, off-kilter feel my that’s half-entertaining and half-unsettling. Not at all what I expected, but very welcome because of this.

Second track Ruin adopts a relatively more traditional approach, yet still manages to maintain a feeling of listening to something unusual and notable. The music manages to be strangely affecting, with an emotive core that runs through it despite its odd exterior.

The EP closes with Absolved by Violence, which is the most aggressive cut here. The song succeeds in channelling the band’s atypical approach into an energetic, upbeat track that hits the sort of spot that you may not have known you even had.

Lam are definitely not your standard band and their debut EP benefits from this greatly. It’s sort of a cross between aspects of bits of bands like Dead Cross, Barrabus, Amen, Nirvana, Association Area, The Dillinger Escape Plan, Coilguns, Dead Kennedys, and others. In other words, its influences are quite wide, so it has ended up with quite a strong personality of its own.

I enjoyed this, and like that it’s a bit different to the norm. I’d definitely be interested in hearing more from the band in the future, so let’s hope there’s more to come from Lam.