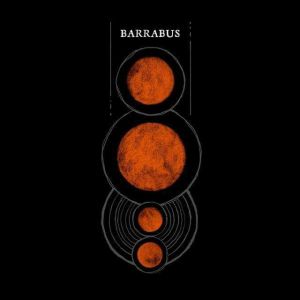 This is the debut album from UK electro rockers Barrabus.

Barrabus play an individual style of enhanced rock that sees their delivery sit somewhere between that of Faith No More, Rabies Caste, Every Time I Die, and Dead Kennedys. It’s a somewhat eclectic mix that actually comes together in a highly cohesive manner across the album.

Angular riffs, sludge elements, avant-garde rock, punk attitude, metal muscle, and bucketfuls of catchiness have all gone into making this collection of songs. There’s a raw energy and passion that’s obviously been channelled into this music, and the performance and songwriting both match up to this investment.

The band’s distinctive sound and style works in their favour from the very first song. This is the type of album it’s easy to get wrapped up in, as it doesn’t sound like a great deal of other stuff out there, and all aspects of it are highly emotive and infectious. This isn’t a band that just rock out for the sake of it; Barrabus have written keenly emotive songs that know how to both have fun and also strike a chord.

To truly get a feel for Barrabus you just need to listen to them. It’s hard to describe songs that make you excited in the manner in which these ones do. For all of the atypical and individual delivery that’s on this release, this is a surprisingly honest collection of tracks. The band clearly just want you to enjoy their music, and are obviously having such a good time making it that it would be churlish to refuse.

Are you into atypical rock/metal, with a flair for emotive mayhem and catchy ideas? If you are, then this is as essential as it gets. I swear, after listening to this, almost anything else sounds stale and boring.

Basically Barrabus have crafted one of 2017’s great rock albums. I say this without any hyperbole.