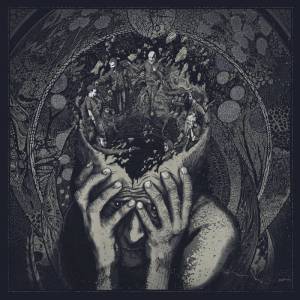 This is the latest release from Miserable Failure, a French grindcore band.

After the tragic death of the band’s vocalist in 2016, I never thought I’d hear from Miserable Failure again. I’m very glad to be wrong, of course. It is a huge shame, however, that I’ve only just found this out; this release actually first saw the light of day in 2017 apparently.

Unlike previous releases, which have given us a plethora of short, nasty songs to get assaulted by, Alone offers us a single 23-minute track, presumably made up of the named components in the full title. It’s double the length of any previous Miserable Failure release, but has not seen any of the band’s considerable quality levels decrease.

Delivered to us, as far as I can tell, by the remaining members of Miserable Failure and a cohort of additional vocalists and guitarists, this is savage, scathing, and utterly unrelentingly harsh. This release contains some of the band’s most involved and intricate work, while also dishing out copious amounts of lethal extremity the likes of which we’ve come to expect from the band.

Deathgrind like this is not something that’s typically encountered. Sustaining complete brutality for the full duration would be difficult, and would risk boring the listener. Thankfully Miserable Failure infuse their savagery with elements of dissonant atmosphere and foreboding darkness, which helps to keep the listener’s interest throughout. Imagine pitch-black moments of Ulcerate and Gorguts being found amidst the grindcore wreckage of a horrific disaster, and you’ll be on the right lines. Add to this some bleak dark ambient interludes, throw in some Comity and Brutal Truth, and you have a release that’s the most impressive, ambitious, and imposing one that the band have unleashed so far.