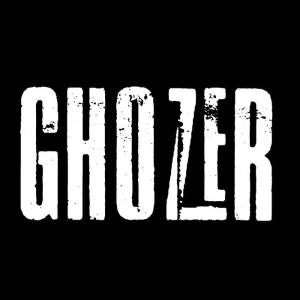 This is the debut EP from UK stoner rock band Ghozer.

Here we have 21 minutes of enjoyable stoner fuzz. It’s charismatic and direct, while still boasting a decent amount of depth and atmosphere.

The riffs are enjoyable and come thick and fast on this one. As mentioned above though; while there’s plenty of straightforward RAWK to be had here, I also like that there’s some added layers to the music in places. I like the doom and sludge rock touches that the band have developed on these songs, for example.

The music is familiar in a welcoming sense, but not overly so that you’re instantly fatigued from stoner overkill. Most of the songs seem to have some additional touches that elevate them from pure Orange Goblin/Corrosion of Conformity/Clutch adulation, justifying Ghozer’s own existence rather than just indulging in hero-worship.

There are four songs in total, and each one has its own personality and character. They’re all well-written, and it’s clear that a lot of love and passion has gone into their formation. There’s no small amount of talent on display here either, which is great to hear.

How to Kill an Android is built around a central riff that kicks copious amounts of bottom, and I particularly like the middle part where the band slow things down and develop their atmospheric side for a while.

The next song – Moon Boot (Part 1) – is a longer track that’s instrumental. Part one of two, it’s a slow-building exploratory doom workout that would do Electric Wizard proud.

Finally we get the longest track, the almost 7-minute End. It’s appropriately titled, and closes the EP with style. The band get to show a softer, more melodic side, while the main singer offers his rougher presence once more. At roughly the halfway mark the song transforms itself into something that you might find on an Isis album, before once more ripping it up with some high-octane energetic rock action.

I like the vocals very much. Performed by two singers as far as I can tell, the main vocalist has an earthy charisma that’s quite endearing, while also being able to pull off a damn good performance overall.

Ghozer may be a very new band, and may be still very much in development, but it’s clear even at this early stage that they know how to pen a good tune. For a band’s first tentative release this is a strong one, and I can’t wait to hear where they go from here.