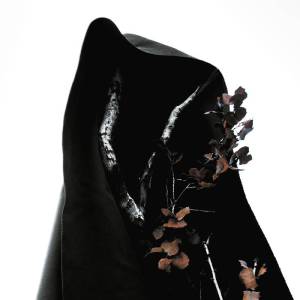 This is the fourth album from Process of Guilt, a doom/sludge band from Portugal.

We’ve met Process of Guilt before on their split with Rorcal. This was a very favourable meeting, and sets the scene nicely for Black Earth.

Process of Guilt play heavy, atmospheric music. Adopting an immersive and textured approach that sees the band taking in elements of doom, sludge, and post-metal into their skilled embrace, Black Earth is relatively brief for this kind of thing, clocking in at only 43 minutes. Having said that, this is a nice length for almost any release, as it allows sufficient time for the music to unfold and develop, without overstaying its welcome.

The last part of that sentence wouldn’t be an issue for Process of Guilt, however; I could easily have another 10/15 minutes of material here, so enjoyable and engaging is it. Regardless, what we do have is quality over quantity, and it’s not as if the quantity is overly lacking either, to be honest.

The songs explore various moods and feelings across the playing time, with each track having its own identity. Some of the many things I like about this album include when they adopt a more upbeat approach their music is frequently deliciously rhythmic and apocalyptic sounding, and when they drop the tempo things tend to sound nicely ominous and darkly atmospheric.

Process of Guilt operate at the darker end of the Isis/Neurosis/Cult of Luna spectrum, and have managed to carve out a space all of their own to corrupt and warp to fit their own worldview. Heavy, oppressive, bleak, and largely without hope, Black Earth is a crushing and absorbing listen, one which I heartily recommend you check out.