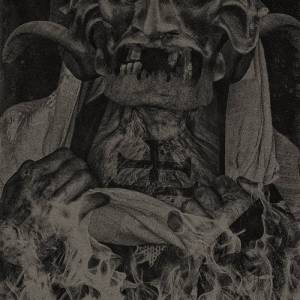 This is the latest EP from Sheidim, a black metal band from Spain.

As far as EPs go this is a lengthy one – at 28 minutes in duration it’s actually longer than some albums. This is absolutely not a complaint, of course, nor does it really impact on anything as such; merely an observation.

Anyways…this new release by Sheidim is well-received, as last year’s debut album Shrines of the Void made a very good impression.

Infamata picks up where that album left off and continues the band’s development of their sound. This is sleek, modern black metal that’s nonetheless still of the orthodox style and rooted back in the old-school. This mixture of eras doesn’t sound incongruous at all, and Sheidim’s music ultimately just sounds like timeless, quality black metal.

Cutting riffs and twisting melodies make their presence felt in almost every corner of these tracks. Molten solos and macabre atmospheres are never too far away from the action, either. These songs create mood and feeling with ease, whether this is the blazing intensity of an ultra-fast section, or a melodic mid-paced mood-builder, or a slower, daemonic influence that seems to seep through the guitars like a virulent plague.

Well-written and with heaps of charisma and personality, Sheidim have shown that their music on Shrines of the Void was not a one-off, and Infamata is the sound of a band performing even better than ever.