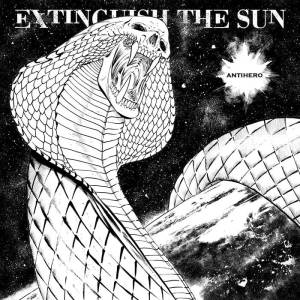 Extinguish the Sun are an alternative metal band from the US and this is their debut album.

Extinguish the Sun describe their music with reference to bands such as Mastodon, Clutch, Corrosion of Conformity, and Every Time I Die, and I have to say that sets the scene for their music pretty well.

These songs have a good energy about them and have a fair few hooks and decent choruses and riffs spread out over the nine tracks. Stoner and blues guitars take on a bit of a hardcore/punk edge here and there, (think Poison Idea), although the former parts are more prevalent than the latter’s influence.

The music is very rough and ready, with the production following suit. As a package it’s all very appropriate and helps Extinguish the Sun create the kind of experience they want with the character and personality that they undoubtedly have.

The singer has a soulful voice that’s equally adept at belting out a good chorus as it is at throwing in a good scream here and there. Alongside the rest of the instruments his voice helps the music have somewhat of a late 90s vibe in places, which I quite like.

Antihero is definitely an enjoyable and personable way to spend 46 minutes. Although there are undoubtedly some songwriting tweaks that the band can benefit from here and there, overall this is a strong debut release and should set them up quite nicely for whatever it is they do next.