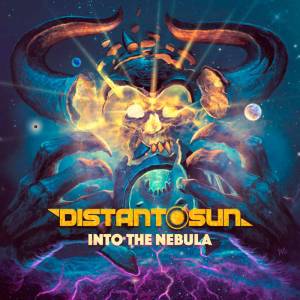 This is the second album from Distant Sun, a Russian power/thrash metal band.

2015’s Dark Matter was an enjoyable slab of metal, in which Distant Sun, (featuring members of Shadow Host and Starsoup), showed the world what they had to offer.

Distant Sun’s power metal is shot through with thrash metal, resulting in songs that are a mix of the two styles, drawing influences from bands such as Annihilator, Blind Guardian, Iced Earth, Gamma Ray and Metallica.

I like the frequent leads and solos, as well as the upbeat rhythm guitars. There are some good riffs spread across the tracks and the mix of power metal and thrash makes for an experience that’s a bit heavier and gnarlier than a lot of pure power/heavy metal.

This is also carried over in the interaction between the singer and the music; a lot of power metal places the singer very much at the centre of attention in the songs, which is why so many bands like that live or die by the quality of their vocalist. Here, however, due to Distant Sun’s thrash influences, the music is just as important as their singer is and appropriate attention has been spent on the musical side of the band. This is ably demonstrated in a song like Andromeda, which is the longest track on the album and an instrumental.

Speaking of the singer, he has a good voice that’s somewhere between that of Metallica and Annihilator/Third Ion, with a touch of higher power metal wails here and there. He does his job with obvious enthusiasm as complements the music well.

Distant Sun’s songwriting skills seem to be improving too, and the overall standard and quality of material on Into the Nebula is definitely above average for this kind of release. There’s a reason that I’m quite fond of them.

After enjoying Distant Sun’s debut album I have not been disappointed with their follow up. The band are moving in the right direction and Into the Nebula is a very good listen. Check it out.

3 thoughts on “Distant Sun – Into the Nebula (Review)”