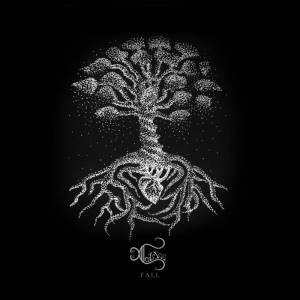 Cairiss are an atmospheric/post-black metal band from the UK. This is their debut EP.

Now, here we have something very impressive.

Cairiss’ music is atmospheric metal that takes a good amount of black metal influence but builds on it with post-metal knowledge and application.

The singer has a voice that does the music justice. Her harsh screams are savagery incarnate, and her clean vocals are just sublime. When combined with the exceptional music, it’s all so overwhelmingly well-put together that I think I need to have a sit down. Well, I am sitting down, so maybe a lie down is in order? Either way, Cairiss have made a profound impact.

The music is rich and varied enough to cover many bases, from Wolves in the Throne Room, to Opeth, to Myrkur, to Deafheaven. Taking cues from the Cascadian and modern styles of black metal, the band’s progressive post-metal elements merely expand on these influences to produce three songs that stand up there with the best of them.

One of the things I love about bands like this is the sheer force of emotional content. This is not just apparent in the singer’s plaintive croons, powerful cleans or aggressive screams, but also written into the very tapestry of the band at a cellular level. These songs drip with emotive power and the music is driven by feeling. Rather than collapsing into a weeping mess, though, the band draw strength from this fragility and the music on Fall is powerfully evocative, with a formidable presence.

Cairiss, Todtgelichter and Myrkur form, (in my mind at least), somewhat of a trinity of female-fronted black metal. While each of them are only superficially similar, each represents a different aspect of blackened shading, with Myrkur treading the more traditional, orthodox style, Todtgelichter covering the more progressive/avant-garde delivery of the genre, and Cairiss exemplifying the atmospheric. With Myrkur getting a relatively huge amount of media coverage in the metal press, (rightfully so), I just wish that Todtgelichter and Cairiss would become equally as vaunted.

Well, I’ve completely fallen in love with this. I really, really hope the band get much more exposure and rise to the heights they undoubtedly deserve. I can’t wait to hear what they do next, but for now, Fall is enough.

What else can I say? Holy shit this is good. Just fucking listen to it, will you?

One thought on “Cairiss – Fall (Review)”