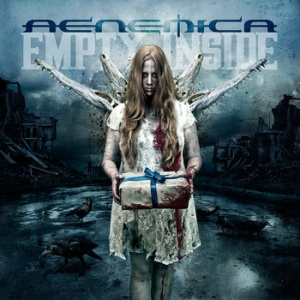 Aenemica are from Germany and this is their début album. They play Progressive Rock.

This is modern Progressive Rock that has influences from both Progressive Metal, Modern Rock/Metal and even a splash of Djent to some of the riffs.

The singer has a voice that’s soft like silk and flows like liquid gold. He’s instantly engaging and very listenable. His voice is very versatile and the harmonies and tunes used are infectious and very more-ish.

The songs are a merging of the more modern, commercial style of Rock/Metal, (incorporating elements of Djent and Stadium Rock), and a more classically influenced Progressive Rock style. It’s played and delivered extremely well so that they successfully blend the different aspects of the music into their sound. The result is one that’s pretty much pure aural candy.

The focal point is clearly the vocals though. Personally I’d like to hear the music slightly higher in the mix so as to create an equal emphasis on the music/vocals, but this is only a small complaint really.

Aenemica are a worthy addition to the world of tuneful Metal. Have a listen.

One thought on “Aenemica – Empty Inside (Review)”