This is the second album from Italian post-black metallers Sedna.

I recall Sedna from their enjoyable, if brief, split with Dementia Senex. Lasting just under 8 minutes, their contribution was a quality listen, which made me excited to hear this full-length.

This time we get a full 50 minutes END_OF_DOCUMENT_TOKEN_TO_BE_REPLACED 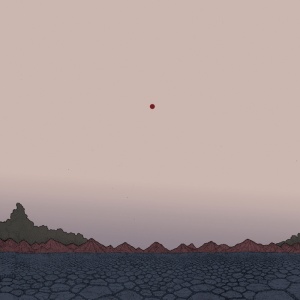 Dementia Senex are an Italian Death Metal band and Sedna are a Blackened Sludge band. They have teamed up to create Deprived – one track from each band, designed to complement each other, sharing a similar space but from a different perspective.

Dementia Senex are up first with their track Blue Dusk. After their interesting début EP Heartworm demonstrated their atypical take on Progressive/Doom/Sludge-infused Death Metal, I’ve been keen to see how their style has developed over the last couple of years.

The song starts gently, almost tentatively, before crushing guitars land like a ton of bricks. The band impress again with their Gorguts-inspired take on Progressive Death Metal, and seem to be slowly moving away from the core aggression of the genre and more and more into Post-Metal territories. Post-Death Metal? Pretty much. Aggression is still here though, just done in a non-standard way, with even the blast beats surrounded by off-kilter chaos.

After this it’s Sedna’s turn to shine with their track Red Shift. Prior to this split I was not familiar with Sedna, although it seems that this has been my loss as this song is the equal of the previous one.

In contrast to the Death Metal-based heaviness of Dementia Senex, Sedna are more firmly in Black Metal-influenced Post-Metal/Sludge territory. Red Shift has the trademark Post-Metal build/release mechanic down to a fine art, with the track gaining momentum slowly but surely throughout the playing time, only to periodically explode with Blackened Post-Hardcore violence. It’s a good combination of slow burning tension and vicious aggression that nicely builds atmosphere with harsh shouts and screams being unleashed over the ever building and expanding music.

This is an exemplary split between two quality bands. I highly recommend giving this one a shot.