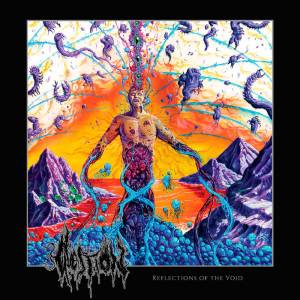 This is the second album from Mexican death metallers Question.

I enjoyed both 2014’s Doomed Passages and 2017’s Gnosis Primordial, so now that we have Reflections of the Void, with its new 36 minutes of material, I knew I had to dig in. END_OF_DOCUMENT_TOKEN_TO_BE_REPLACED 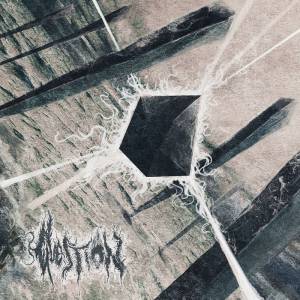 This is the latest EP by Mexican death metal band Question.

I was suitably impressed with Question’s 2014 debut album Doomed Passages, so it’s good to have some new material from them now.

Doomed Passages was an album that had its own END_OF_DOCUMENT_TOKEN_TO_BE_REPLACED 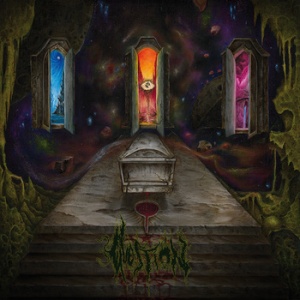 Question are a Mexican Death Metal band and this is their début album.

The band give their Death Metal a mysterious occult sheen and the music is steeped in it. Rather than a straightforward blastfest or one dimensional brutality Question inject their music with a smattering of Death-like melody and a feeling of grandiose song structure.

There is blasting, of course, and there is brutality, but there is more than just this. Dark melodies and slower sections are rife and the compositions are right up there from the heights of the Classic Death Metal era.

Question channel the Death Metal greats such as Death, Incantation, Hypocrisy, Morbid Angel and Suffocation to deliver an engaging and involving album that doesn’t take the easy or simple route.

The compositions are well written and show a degree of maturity and integrity that most bands lack. Longer songs give the band’s creativity time to shine and allow them to demonstrate their breadth of talent within the Death Metal genre.

The singer has a deep voice that’s absolutely monolithic; like an angry God from ancient days past decreeing loudly from the mountain tops.

This may be a new album but it is stylistically of a time when each song had its own identity and albums were holistically a complete package.