Corpo-Mente are from France and this is their début album.

Now this is something a bit different, a bit special.

This is exotic, sensual music that combines Dark Rock, Trip-Hop and Electro Avant-Garde.

This is powerful stuff that grips from the start with its highly individualistic sound.

The songs seem to slip and slide through the musical landscape and they seem to pulse with a deeply vibrant internal heat. The way the album moves through the running time is almost carnal in nature.

The vocals are operatic in nature and yet somehow still manage to remain intimate and personal. The singer has a strong voice and is extremely talented at what she does. She injects personality and charismatic inflection into the singing which results in the music avoiding the trap of rather faceless, impersonal operatic vocals that some bands who employ them can sometimes fall into.

The music is multi-textural and richly evocative of sumptuous soundscapes. It’s also filled with haunting melodies and quite beautiful compositions. There is a definite darkness here, sometimes quite menacing in tone.

With enough “hair-standing-on-end” moments to stop anyone in their tracks, this is a must. What a highly accomplished collection of songs!

If you like bands like Ulver, Lethe, Manes, etc. then this is a definite highlight to be seized.

A surprise and a pleasure; Corpo-Mente have made a firm fan here. 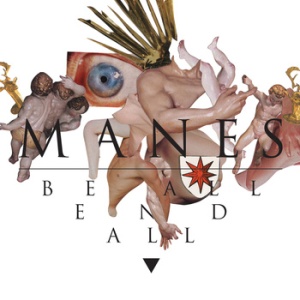 Manes are from Norway and this is their fourth album.

Following on from their last release Teeth, Toes and Other Trinkets, which was an anthology, this is the first new Manes album in seven years.

These songs have a laid back quality to them that’s almost detached from the actual music; as if something has been created by the music that hovers just out of view yet its effects can be felt by a lasting aura of deceptive comfort and false familiarity. This lends the songs a certain flavour of the otherworldly and the different.

There is a low-key catchiness to the tracks as well. Again, it’s a subtle affair, as even though the songs obviously contain hooks the first time you listen to them, it takes multiple listens for them to fully work their magic. Such is the nature of all great albums that have true longevity and depth.

There is so much to experience here. Manes create across a vast canvas using a rich palette of colours. There’s a lot that’s easily missed on first glance and only after taking it in for a good amount of time can you really appreciate what they have done here.

The singer’s captivating vocals are on strong form and the bleak-yet-uplifting-yet-not melodies that he uses complement the instruments perfectly adding layers of emotion to already emotive and layered songs.

This is music for dark nights and even darker activities. This is music that drips with soul and is ethereal in nature.

Fans of bands such as Arcturus, Ulver, Lethe, Dødheimsgard, Green Carnation, In The Woods…, etc. will lap this up, and with good reason.

It’s time to enter the world of Manes. 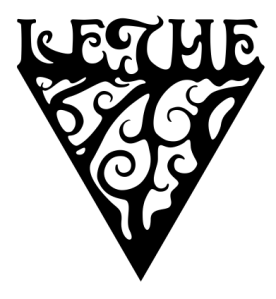 Lethe have been responsible for one of the best multi-textural dark-Rock albums of some time in their début album When Dreams Become Nightmares. I asked them some questions to see how it all came about…

Hi! For those who are unfamiliar with your band, introduce yourself!

As Lethe is comprised of members of other bands, how did this project come about?

THS: Mostly by chance, actually. I posted something on my blog a while ago, about me thinking abut doing an album of cover songs, and wondering where I could start looking for vocalists and contributors to that. Shortly after, I got an email from Anna, and we almost immediately started working on a few songs (among others, ‘Hutterite Mile’ by 16 Horsepower). It didn’t take long before we just knew we had to do more music together…and the idea about Lethe was born..

Anna Murphy (A): A journalist (singer of Three Days of Silence) contacted me because Tor-Helge was looking for musical collaborators. So we got in touch, started on some music, finished some cover songs and decided to do a real project. 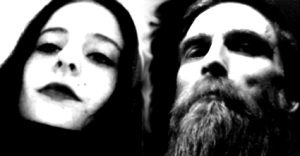 Is it important to keep Lethe a fully separate entity from Manes/Eluveitie?

THS: The chemistry in the various bands and between the members are quite different, and that influences how we approach music and presentation and everything, so there’s not much real effort being done keeping them separate, really. It comes naturally.

A: Well with Eluveitie it’s pretty obvious that Lethe has nothing to do with it apart from some members maybe pitching in from time to time, but Lethe and Manes share a lot of the same collaborators so there’s more connection there. I can imagine doing shows together and combined things like that, but of course they’re still to be looked at as separate projects.

What were the influences you drew on for the sound of Lethe?

THS: Oh, the usual, I guess. Life, death, mental processes, nightmares. Everything that happen/s/ed in our lives.

A: Lyrically as well as musically we have no limits, that’s probably what influences us most, because then we can draw inspiration from everywhere 🙂

The songs are multi-textured and very well composed. How did the writing process work for this album?

THS: I can only speak for myself, but it’s quite similar to how the ‘writing’ is done in the other bands/projects I’m involved with…chaotic, unplanned, whimsical…the music kind of grows on its own, and we just follow along 🙂

A: All hail the internet. Most of it was done by exchanging files back and forth. Most of the initial sketches came from Tor-Helge and I built my parts on top of them. To finalize everything and also record some things together I went on a trip to Trondheim.

Do you feel you accomplished what you set out to with this release?

THS: Yeah, since we had no concrete plans for the final result. It was more like pushing it in a direction we would like to see it go.

What would you do differently next time, if anything?

THS: Hmm.. Anna talks about some smaller mixing and audio issues she would like to do better on the next album, but I don’t hear much of that 🙂 She works in a studio, and is a lot more focused on sound quality and frequencies and stuff like that, while I’m obsessed with the general feeling and mood only. I guess we’ll do it quite similar to how we made this album, but with other songs and ideas, of course. Actually, we’re working on a set of songs for the next album already, even if the first one isn’t officially released yet 😀

A: Nothing except maybe the mixing. I’m not quite 100% happy with it and I’m learning more and more each day so I think the next one will sound better 🙂

How do you feel this album fits into the wider music scene?

THS: A little on ‘the outside’ of everything, I guess. Never been interested in being in the middle of any genres or milieus. For me, the exploration of new and unknown musical paths is massively satisfying and motivating, but I have no idea if the ‘general music listener’ thinks like that. Can’t start focusing on the potential reaction while making music! The only thing that would do, is putting breaks on the creative process. No way.

A: I have no idea if it fits anywhere, but I don’t really care either.

THS: It’s been a lot of Lethe and Manes lately, of course, because of the new albums from both. Apart from that…varied stuff, mainly…Dälek, Shpongle, Blut Aus Nord, Jega, Ggfh, Billie Holiday, Buddy Rich,

What does the future hold for Lethe?

Combining the best parts of Rock, Post-Rock, Electronica and Metal to create 10 tracks of emotive songs that instantly capture your attention while also having enough depth to keep you satiated in the long run. Bands such as Ulver, Arcturus and Manes are the obvious starting points and Lethe should definitely appeal to fans of these groups.

The main vocalist is a very talented person. Her vocals are exceptional and she shows great range across the album. She has great character and talent, and infuses both of these into every song to create the right mood for each. The occasional male vocals that swim in and out of the various tracks simply add another dimension to the proceedings.

The music doesn’t let the side down though – each song is crafted to a high standard by experienced personnel who know exactly what to do to achieve the effect that they want. The songs are passionate and dark, with Gothic Rock stamped all over some of them but not in a commercial stadium-friendly way, rather in a more personal way that allows you to have a relationship with the actual songs rather than some stylised version that will eventually become stale due to overexposure and lack of substance. This is female fronted Rock for people that don’t like female fronted Rock.

This is an astoundingly good album that combines catchiness and intellect to produce sophisticated dark Rock. What a fantastic way to start off 2014.