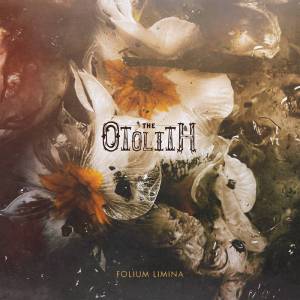 This is the debut album from The Otolith, a doom band from the US.

The Otolith contain ex-members of Subrosa and play an avant-garde form of doom. Folium Limina features 63 minutes of rich, expressive material. Imagine a mix of Neurosis, Dreadnought, Worm Ouroboros, and Daxma, and you’ll have a rough idea of what to expect.

The music that’s spread out across these six sprawling tracks is a multifaceted blend of doom and post-metal. Ripe with symphonic elements, enriched with neofolk influences, and drowned in apocalyptic sludge, Folium Limina is highly immersive and utterly compelling.

The Otolith are heavy, and this is powered by a core of thunderous doom. Some stoner aspects can be heard here and there, and there’s a definite post-metal feel to the guitars too, but mostly the band trade in raw doom that forms an effective foundation of sorts for the varied music. The use of emotive strings is  affecting and frequently quite beautiful. Dark and mysterious, openly moody, and thickly textured, this part of The Otolith’s sound is not only well-integrated into the whole, but also exists fully formed in its own right.

The interplay between the band’s symphonic elements and their almost-tangible distortion is impressive. The songs are well-crafted and boast the sort of atmospheric tapestries that many bands would kill for. Folium Limina is an album to explore at length, to forge a closer and rewarding relationship to as you get to know its labyrinthine ways.

The vocals are as multifaceted as the music, delivering an array of female and male vocals. Ranging from haunting to luxurious, from graceful to harsh, the multiple singers all offer accomplished performances that drip with just as much emotion and passion as the rest of the music.

Listening to Folium Limina is like listening to mournful darkness given form. The cataclysmic end of days will be slow and atmospheric, draped in rich otherworldly silks that occlude what little light remains. With a despondent beauty that heralds an end to everything, Folium Limina is nonetheless a masterclass of avant-garde doom that’s essential to experience before your existence is extinguished.