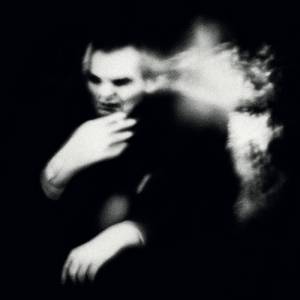 This is the second album from Mourir, a black metal band from France.

This is the follow up to 2020’s Animal Bouffe Animal, and delivers 38 minutes of utter blackened darkness. Mourir, (who contain members of Drawers and Plebeian Grandstand), specialise in modern black metal, with unhinged daemonic vocals and more oppressive, malignant atmosphere than a lot of people will be able to handle.

Disgrâce is hideous and dark, with a blackened bite that is far more venomous than you might expect. It’s raw, cold, and vicious, but not lacking in atmosphere or sophistication. Mourir clearly know what they’re doing with the style, and are equally adept at lashing out with feral violence as they are conducting a slow and methodical slaughter.

The songs take the classic black metal template and twist and corrupt it into something of their own. Disgrâce is absorbing and immerses you in its terrifying, dread-filled world. Some of the guitars are so apocalyptic sounding that you might have to check that reality still exists while you’re listening to this.

Scathing dissonance powers much of the material here, and Mourir wield this like a serrated weapon. This is used to craft malevolent, threatening, mood-rich soundscapes, rather than taking one of the more impenetrable forms that it could have taken. Traces of sludge and blackened hardcore can be heard in places, providing Mourir with even more heaviness and intensity, as if such a thing were needed; Disgrâce is absolutely lethal.

Disgrâce is a very strong and impressive second album. Mourir have developed their brand of darkness further, and the Hellscapes that exist on Disgrâce are worth exploring, albeit at your peril.