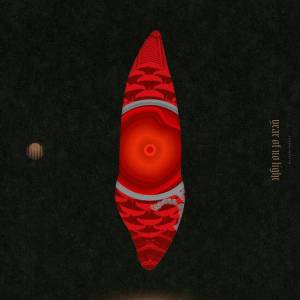 This is the fourth album from Year of No Light, a French post-metal band.

Having really enjoyed 2013’s Tocsin, it has been a long wait for another album from Year of No Light, but the wait has been worth it. Across 55 minutes the band expose the listener to an idiosyncratic creative experience consisting of five thoroughly engaging soundscapes.

Consolamentum specialises in long-form instrumental post-metal that’s highly atmospheric and immersive. The songs make the most of the post-metal build/release mechanic, while simultaneously blending this with a cinematic scope and elements of sludge, doom, black metal, psychedelia, and post-rock.

Consolamentum offers a subtle threat, one that’s obscured by shimmering ethereal beauty, but that’s very real and should be approached with care. Seemingly powered by their own arcane internal mechanisms, the songs writhe and twist with slow malevolence. The music seems to breathe and pulsate, unfolding and growing into fertile spaces in search of ever new territories to occupy.

The songs are darkly thrilling entities, offering a captivating and occasionally unsettling journey for the listener. Crushing claustrophobic atmosphere, exquisitely-realised tension, and sinister, eerie moods are spread throughout the album, with each piece encapsulating a different facet of the music’s channelled darkness.

Each track is well-crafted and performed. The songs are majestic and epic, but menacingly so; Year of No Light paint in both light and dark palettes, but have a strong preference for the void-black shades of darkness that are to be found at the outer edges of existence. Consolamentum‘s expressive atmospheric range bleeds out naturally from this, allowing the band to create a textured portrait with potent emotional resonance.

Consolamentum is an exceptional release. This is an album for music lovers that like to explore less charted waters, and believe me when I say that Year of No Light have such sights to show you. Be amazed, be terrified, and beware; Year of No Light’s world is enticing, but not without peril.

One thought on “Year of No Light – Consolamentum (Review)”