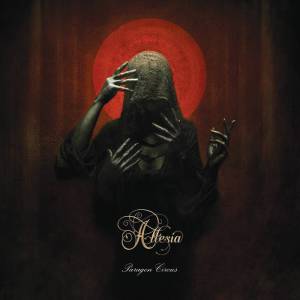 Altesia are a French progressive metal band and this is their debut album.

Despite seeing the light of day at the end of 2019, I felt compelled to shine a light on Paragon Circus once I had made its acquaintance, as it really is a damn fine record. Across 57 minutes of material, Altesia take us on a journey that’s as compelling as it is enjoyable.

The band take influence from old and new progressive metal/rock, and fans of bands such as Between the Buried and Me, Pain of Salvation, Porcupine Tree, Opeth, Dream Theater, etc. should make a beeline for this release.

The well-constructed songs are a real pleasure to listen to. Richly evocative, layered and multifaceted, and intricately delivered, each single track is worth the entry fee alone. There’s a lot of exploratory and adventurous material on display here, and the band are talented enough to bring it all together well, avoiding it becoming a mess or disjointed.

This is a band that clearly know their way around their instruments. There’s more than enough flashy ostentation here to satisfy fans of technically, but pleasingly the songs never suffer for it. The drums and bass provide a solid foundation for the guitars and keyboards to be built on, with these latter two instruments frequently taking the limelight, (the former two still get to do some fancy stuff here and there too).

The vocals are frequently the weakest link in bands of this nature, but here I’m pleased to report that the singer doesn’t let the side down. His voice is strong at all times throughout Paragon Circus. He knows when to be the focus, and when to let the music do the talking. His performance is emotive and professional, (like the rest of the band really), and his voice is effortless to enjoy.

Paragon Circus is a shockingly accomplished album. If it wasn’t for the fact that it came out in 2019 it would certainly be a list contender for the end of the year.