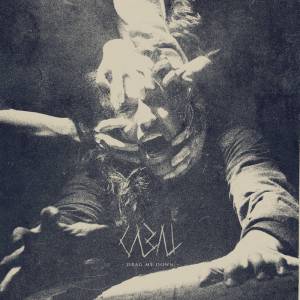 Cabal are a deathcore band from Denmark and this is their second album.

Cabal play brutal deathcore, but not without personality. Imagine a band like Thy Art Is Murder, only darker, more vicious in nature, and blackened; this will give you a rough idea of what we’re dealing with here.

If the above description is a starting point for the band’s core sound, then I should also say there’s more than just that here too. Melody, atmosphere, and emotive delivery are all included to help add texture and depth to the band’s aggressive delivery. Mostly, however, we get a destructively heavy approach to crushing rhythmic groove that’s peppered with huge chugging guitars, (and the occasional blast beat), and lashings of the sort of blackened darkness that’s not really a common feature of most deathcore.

Cabal have clearly tried to produce something that goes beyond your standard, generic deathcore, augmented as it is here by the dark atmospheric components. This all makes for a record that’s easy to listen to and revisit. Guests spots from members of Trivium, Polaris, and Møl just add to the full package as well.

Cabal’s blackened take on the style is well-realised and moreish. The end result is a well-rounded record that’s very enjoyable. Drag Me Down is a solid and satisfying deathcore album, full of enough brutality and well-conceived atmospherics to make investing in the band worthwhile.