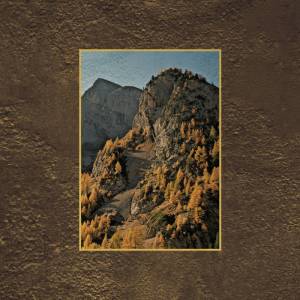 This is the third album from Italian black metal band Earth and Pillars.

2016’s Pillars I consisted of four monolithic tracks that made a very good impression. A release full of dark delights, it was a memorable album that still holds itself very well three years later.

Earth II adopts a similar approach, with four sprawling songs making for an hour of quality music. Sticking largely to their adopted style, this newest release sees the band use a real drummer for the first time, which has a positive impact on their material. Earth II sounds better than ever, and more well-rounded too. Dark, haunting, and full of emotive qualities, this is a powerful album of affecting blackened art.

This is atmospheric black metal that’s heavy on the atmosphere. The band focus on mood and presence, rather than sheer aggression, and write their songs accordingly. Their use of synths is impressive, adding an additional layer of persistent atmosphere that enhances everything else in the music more prominently than in the past. Elements of drone and doom can be heard in the unhurried, slow-moving sections. These crush the listener with emotional weight every bit as much as they do with distorted heaviness, probably even more so in fact. Multiple paces are used, but always with an atmospheric emphasis, even when blasting at full speed.

Pillars I was a colder, more frostbitten release than Earth II. If you compare the artwork it’s a good indicator of the increased colour and texture available on this new release; if Pillars I is winter, then Earth II is Autumn. For a nature-themed band, this makes sense, and the songwriting follows.

Earth and Pillars have produced an exemplary album of atmospheric blackened art. Make sure you check this out as soon as you can, as it’s a real landmark album for fans of the style.