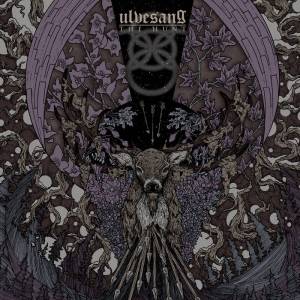 Ulvesang are a Canadian neofolk band and this is their second album.

After Ulvesang’s gorgeous self-titled debut album, we are now treated to a second release, with 48 minutes of new material to delight and enthral.

Much like the band’s first release, this is a folk/neofolk album that’s delivered in rich, nuanced acoustic sounds, which the band use to create beautifully atmospheric music that manages to touch and affect deeply.

Although there’s no real singing as such for most of the songs, (the exception being the wonderful track The Truth), the album is ripe with chanting, humming, and other vocalisations that add layers of feeling and mood to the music.

This is textured music that has a shadow of darkness living beside it, largely due to the black metal background and influences of the band members. This can be felt in The Hunt mainly indirectly, as the tapestry of the music unfolds with great beauty and soft intricacy.

Lightly ethereal in touch, yet with a weighty substance born from the absorbingly emotive nature of the music, The Hunt offers a compellingly restrained and soft experience for anyone that is looking to explore nuanced, entrancing soundscapes.

Atmospherically engaging and intimately emotive, it’s hard not to be moved by music as well-conceived and performed as this is. When the main form of music you listen to is usually aggressively distorted in one way or another, something like Ulvesang’s material can be quite arresting and refreshing. This is a work of art, one that deserves to be savoured and explored at length.

2 thoughts on “Ulvesang – The Hunt (Review)”