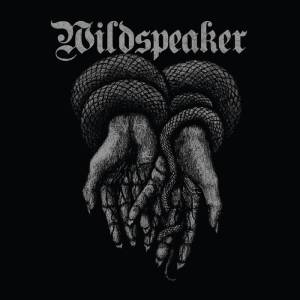 This is the second album from blackened hardcore band Wildspeaker.

After the revelation that was last year’s split with Cara Neir, (Guilt and His Reflection), I’m quite excited to get to experience some more material from this notable band.

Wildspeaker play a form of blackened hardcore that essentially merges black metal, crust, and sludge metal into a pitch-black blackened whole. Yep, that’s a lot of uses of the word black, but it describes their sound well. I like to think of Wildspeaker as a black metal band that occasionally branch out into dark hardcore and tar-like sludge, all the while making sure that nothing becomes too light or un-black.

Whatever any given song on this release is doing at any given moment, the darkness of black metal’s diseased malevolence is never too far away. Every hardcore d-beat, every sludge metal riff, every whiff of punk energy, it’s all been corrupted and turned malignant in some way or form by the blackness that pours out of the band’s music like some type of sentient darkness.

It should be noted though, before I get carried away by this, that Wildspeaker aren’t a pure black metal band, of course, despite the impression I’ve probably given so far. The punk and sludge aspects in the band’s music are real and tangible, and more than have enough of their own presence to make Spreading Adder a hybrid release. This is one of the reasons that this album is so good.

The singer’s vicious assault is relentless and sharp. Her voice cuts through the intensity of the music with ease, screaming her barbed diatribes at the top of her considerable voice. I also really like the occasional deep deathgrowl that backs her up.

There’s so much to enjoy on Spreading Adder that it’s a veritable cornucopia of grim delights. The band’s songwriting skills have been honed to a killing point, and pretty much every track on this album provides something special and individual to latch onto.

This is 38 minutes of authentic, passionate aggression and lethal intent. The songs rage and burn everything around them, and Wildspeaker once again remind me why I found them so impressive when I first encountered them.