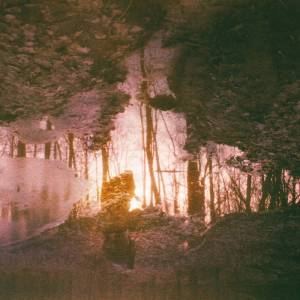 Wren are a UK sludge/post-metal band and this is their debut album.

I’ve enjoyed watching Wren develop across their 2015 split with Irk and then on their 2016 EP Host. Both releases impressed me and marked them out as ones to watch, placing them firmly on my radar. Well, it’s now 2017 and they’ve finally released their debut full length. It has been more than worth the wait.

The band have notably matured, taking the post-metal blueprint as drawn up by Neurosis/Isis/Cult of Luna that they heavily leaned on during their formative years and progressing beyond this, while still keeping the best parts for themselves.

Auburn Rule largely mixes aggression and atmosphere, and it largely does this very well indeed. Yes, it’s biased toward the latter of the two states, but the former is still there making sure its presence is felt more than enough.

The music shows a band that are comfortable with writing considered, reflective music that’s filled with emotive and engaging content, while also allowing a base of aggression to shine through, polluting the more sensitive aspects of the music with a harshness of delivery. This co-mingling of darkness and light, as it were, is key to understanding Wren’s absorbing sound, and Auburn Rule demonstrates a keen mastery of how to effectively combine emotion and intensity.

If highly engaging, very enjoyable, and eminently well-crafted sludge/post-metal is your thing, then look no further than Wren.