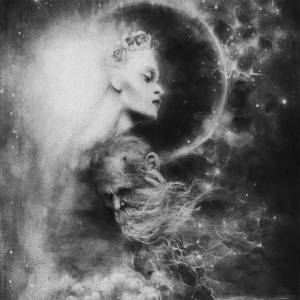 This is the debut album from Our Place of Worship Is Silence, a blackened death metal band from the US.

Oooh this is ugly, underground stuff that’s as raw and hurtful as having your face shaved off with a blunt razor.

If you take a seething, furious death metal base and pour corrupted blackened hatred all over it, you’ll have a good idea of where Our Place of Worship Is Silence’s proclivities lie.

The vocals don’t sound human. At all. I’m not sure what foul daemon(s) they have summoned to scream curses into damaged microphones for them, but it sounds as if they’ve sold their souls to these otherworldly singers.

Although the music does sound unhinged and full of frenzied brutality, it would be a mistake to think that this is unfocused or sloppy. It’s not. Instead, the songs are filled with dark loathing and malignant disgust, vomited forth by the aforementioned daemons and given shape by musicians that may be warped and corrupted, but still have enough vestigial instincts to give form to the vision of a destroyed musical landscape.

Clattering, belligerent riffs and blackened, diseased melodies combine to create filthy atmospheres that are as infected and sickened as they are damaging to your health. In fact, the album carries such a physical presence with it that it should probably carry a warning. The 28 minutes or so they offer on The Embodiment of Hate sounds so violent and dangerous that you probably shouldn’t get too close it. The growling, howling daemons lead the charge, but the relentless battering of the evil music is what will probably end you.

This is soul-crushing death metal for people that don’t care about polished or pretty music.

Your new place of worship is here.