The debut album from The Sound That Ends Creation is named We Are the Burden, but what a glorious burden it is. The bastard offspring of grindcore, hardcore, sludge, mathcore, death metal and black metal, it’s the kind of release that’s just plain nasty and savage, rending the listener limb from limb with its extremity. I caught up with the brains behind the outfit to find out a bit more…

There’s not much to say, I started working on the songs at the beginning of the year and I wrote enough for an album.

How did the name originate?

I’ve been wanting to call a band “The Sound That Ends Creation” for like 10 years now, just because it sounds awesome. But I’ve never been in a band where that name would make sense, until now.

What influences the project?

I was listening to The Dillinger Escape Plan, See You Next Tuesday, The Red Chord, and The Number Twelve Looks Like You a lot while I was writing material.

Poison Headache’s debut is awesome, as is the new Gojira, and I really like the latest Dark Funeral as well.

I don’t really listen to a lot of new stuff though, I’m sure there’s a few killer releases that I haven’t heard yet.

Tell us about We Are the Burden

I feel that metal has gotten to a point where it isn’t dangerous sounding anymore. It’s all about over polished productions and sweep picking.

With We Are The Burden, I wanted to change that. I wanted to make something impossible to predict, something original, and try to bring back the “bite” in metal.

Well the album is mainly about how people suck, so I think that dead animals and a dead tree in a wall convey that message pretty well. 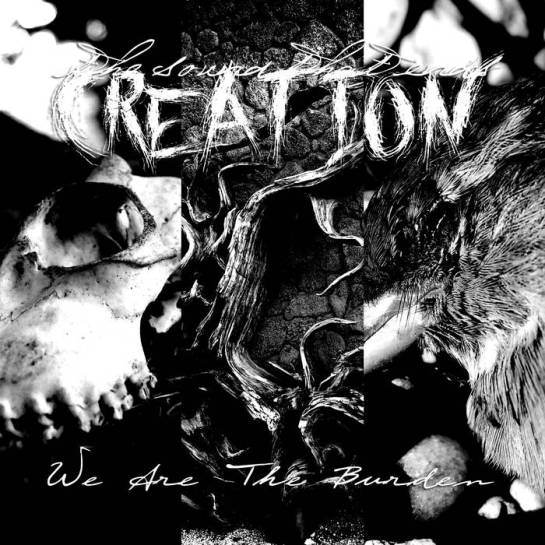 How important do you think album artwork is in this increasingly digital age?

I won’t say that it isn’t necessary, I’m far more likely to listen to an album if it’s artwork looks awesome. At the same time though, a lot of people don’t even look at the art or only see it in passing. Still, I won’t be releasing an album without cover art any time soon.

With music becoming increasingly digital in nature, what’s your take on the digital/physical debate and the current state of the music industry?

I only have downloads personally. But I do buy shirts at shows. It’s mostly a budgetary issue. I just can’t afford to spend more money on a physical copy when the download is cheaper.

How do you write your songs?

I try to recreate the sound in my head, as odd as that sounds. I’ll sometimes be in weird places too like going into work or just drifting off to sleep and I’ll start thinking up riffs, so I will record me making the sound of the riffs with my mouth into my phone lol (I’ve got around 8 of these messages on there now). Then I figure out how to make that sound with my guitar, then write out tabs in guitar pro and craft the song, then make the drums, record it, write lyrics, and then it’s done.

It’s probably “A Cyclical Dawn” because it has such a wide range and it flows together really well.

Well the current stuff I’m working on has a much more prominent black metal feel to it. The songs feel more epic as well.

What’s next for you?

Like I said I’m currently working on new material, I honestly never stop writing, I don’t have any plans to release anything yet though.