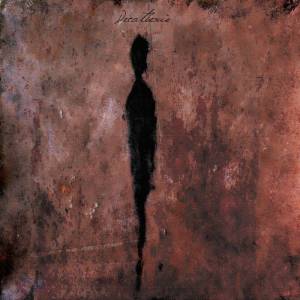 This is the second album from VIII, an Italian black metal band.

VIII have produced an ambitious release that spans 50 minutes across three sprawling, ugly tracks. This is not an album for people who like polished, shiny music. Oh no. This is the sound of dying, decay and forgotten dreams.

Decathexis sees the band playing raw, underground black metal with a mean, dispirited edge. Alongside the blackened core of the music, the band also inject a terminal dose of poison and ill-intent.

These nightmare tracks mix blackened hatred with touches of doom, industrial, ambient, avant-garde and even jazz; a lonesome saxophone can sometimes be heard amidst the caustic blackened soundscapes. Eerie keyboards and psychedelic aspects also make appearances, further enhancing the otherworldly auras of the music.

The music has the feel of rank, disused urban decay, where hopeless causes go to expire quietly in the filth. It’s the kind of feeling that bands like Blut Aus Nord and Axis of Perdition have done so well. Mix in some Deathspell Omega-style dissonance and you have yourself one atypically raw scab of an album.

Although these bands, (and VIII), all sound different, it’s a familiar feeling they sometimes share of a distorted reality; similar to the one we know and experience every day, but twisted and corrupted into something horrible and bleak.

It’s quite an apocalyptic cacophony that VIII produce, and there’s no letup in the foul, diseased atmosphere throughout the album. Even the more upbeat, faster sections still reek of sour, sickly health as the band spread their filth all around.

This is not music in the conventional sense. This is musical instruments, (and other things), used to create fear, loathing, misery, despair, and a whole host of other negative emotions in the listener. It works, too. VIII are good at what they do, and Decathexis is not an album to be approached lightly.

If you think you have the stomach for an album as malignant and plagued as this, then approach with all due care and protection. There are aural rewards to be had for those of sufficiently stout constitution, but beware of exposing yourself for too long. Decathexis is toxic, make no mistake.