The latest Rorcal full-length Creon (κρέων) is an absolute monster of an album. A churning maelstrom of blackened riffs and grim intensity, it shows the band absolutely on fire and filled to the brim with darkened delights. Let’s delve a little deeper…

We are a black/doom band from Geneva, Switzerland. We’ve been playing together since 2006 and our 13th release is out this spring 2016.

Give us a bit of background to Rorcal

We a just a bunch of friends who’s been playing music in different bands in our little city and gathered a some point to create this new project RORCAL. We started with the idea of doing something extremely heavy and slow and finally it evolved to faster riffs.

We listen to all kind of music so it is very difficult to give a precise answer.

How do you feel that you fit into the wider Metal scene?

Difficult to say…We don’t really consider being on a “wider” metal scene. We just do our stuff and we are lucky to have enough attention to be able to tour around Europe and release new albums.

Give us a bit of background to Creon – any particular concepts or ideas you want to discuss?

Like all our releases we like to work and develop music through a theme. For Creon, the idea was to illustrate musically the 4 deaths related to decisions made by the King of Thebes. Each songs are named after those deaths and we tried to give an atmosphere related to how they died.

How do you think it compares to your previous work?

It is still a black metal mood but feels more progressive and melancholic. We like to think of it as a mournful album. 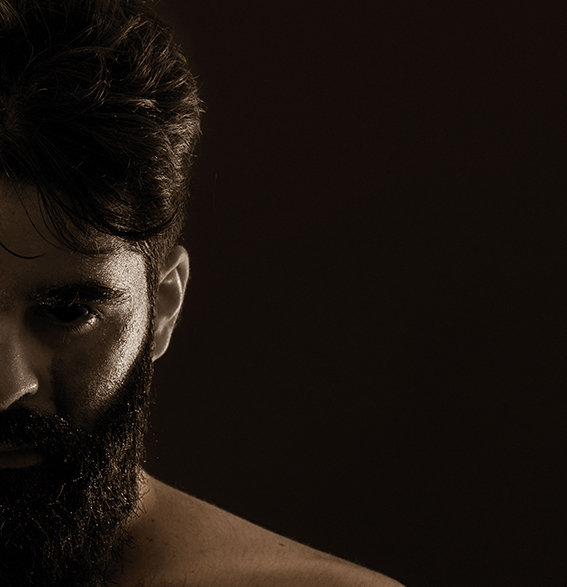 Tell us about the album cover

Same as the music, the graphic concept was to illustrate the 4 deaths related to Creon’s decisions with pictures. The outside cover shows a face representing Creon and the inner sleeves are printed with the pictures showing how each person died.

Most of the time it’s Diogo who comes with a bunch of riffs to have a base of work then we develop it all together until all of us are 100% convinced.

We went to a new studio in a house in the middle of the Swiss vineyards. We booked the place for 3 days and recorded live the 4 songs. Like for Heliogabalus and Vilagvege, it was our long time friend Steph Kroug who took care of the recording.

Difficult question… And each member will give a different answer. If I had to choose one, I’ll say “Polynice” the first song of the album. The dynamic and the melodies are really great to play.

What are you planning next for the band?

With the release of this new album, we are working hard on its promotion and we’ll be doing a bunch of show around Europe. We have a bunch of split projects with different bands also on the way.