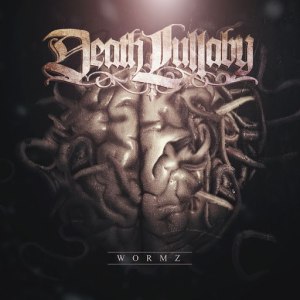 Death Lullaby are a Canadian Metal band and this is their début album.

This is modern Metal/djent that takes no prisoners with its heavy assault.

Stylistically the band are somewhat of a crossbreed between djent and NWOAHM. This is to their benefit; djent by itself is a very easy sub-genre to do badly, but here the limitations of the style are made up for by the more Metal influences of the modern/NWOAHM elements. The end result is songs that still might be a bit too much for some naysayers of djent, but for me strikes the right balance.

With the above in mind, if you think of Death Lullaby as a cross between bands like Periphery and Veil of Maya on one hand, and Chimaira and Lamb of God on the other, you’ll have the right idea. Technical leads and complex riffs mix with pummelling grooves and heavy beats to produce songs that, in many ways, marry up the best of the two sub-genres.

One thing, (of many), that I like about Death Lullaby is that they have focused their energies on the heavier, more aggressive side of this kind of music. This is not the type of thing that will make it onto commercial radio at any point in the near future.

Occasional keyboard/electronica elements are used, but these are usually quite subtly done and are quite infrequent. When these elements do appear they do a good job of enhancing the music rather than being too ubiquitous and detrimental.

The singer’s harsh vocals are well performed and nicely aggressive. He has a good voice that’s suited to the style, with a decent range between growls and screams. Apart from the intro track, They Dig/They Devour, there are no real clean vocals on Wormz, and for the most part it’s a straight-ahead offensive of hostility and attitude, set against punishing rhythms and technical guitars.

If you’re a fan of heavy, modern music then you should check this out for sure, as Death Lullaby have created an enjoyable and energetic album. Due to my somewhat cynical nature when it comes to anything djent, Wormz has surprised me by how good it is; these songs hit the spot quite nicely.

With a bold, bright sound, Wormz provides a feast of aggressive entertainment over these 38 minutes, sitting at just the right length to so as to not outstay its welcome.