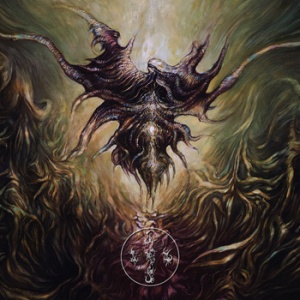 Ævangelist are from the US and play a Death/Black Metal hybridised sound. They should probably just be referred to as Extreme Metal as the starting points are Death/Black but these two genres have long ago been corrupted by the taint of Ævangelist and turned to their own purposes.

Indeed, the stench of corruption and a deep-seated malignance is strong with this album. It starts off slow and quiet, gradually building in disconcerting sounds and sinister effects before the Hellish guitars and drums kick in.

The evil sounding effects and noises never stop. It’s like having your sanity eroded slowly over 64 minutes, culminating in the final track Abysscape at which point you’re well and truly lost and without hope.

On paper this is essentially Extreme Metal forged of Death and Black, with added electronics and Industrial effects, however on album this translates into a horrific beast that’s surely the aural equivalent of damnation. Ævangelist create tortured sounds and daemonic vocals so well one begins to wonder if they know something the rest of us don’t…

There are many subtleties and nuances buried beneath this avalanche of twisted sound, and repeated listens are required to fully extract the hidden messages contained in this burning maelstrom of nightmare sounds. Do you have the stomach for it?